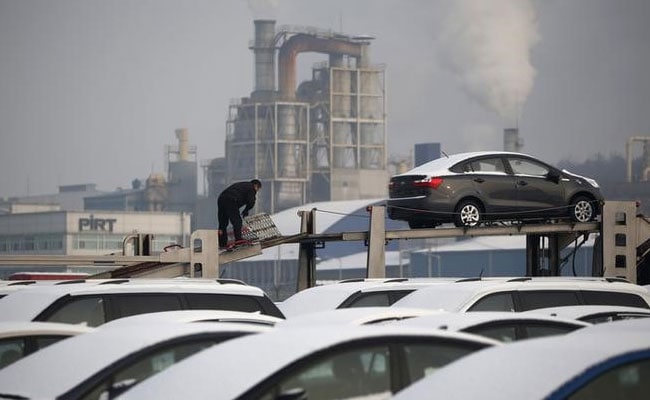 Cars made by South Korea's automakers Hyundai Motor and affiliate Kia Motors are parked at the companies' shipping yard at a port in Pyeongtaek, south of Seoul January 20, 2014. (Reuters Photo)

These were part of an array of measures which the government announced to bring South Korea's air quality to western European levels within a decade.

It dramatically raised its target for eco-friendly vehicles to 30 percent of new car sales by 2020, up from the current 2.6 percent, and promised to support the green car industry with a 10-fold increase in new charging stations.

By 2019, it would scrap old diesel vehicles which were launched before 2005. It would also phase out diesel-powered buses and replace them with cleaner buses which run on compressed natural gas, or CNG.

"The government acknowledges that fine dust is a grave environmental problem, which poses a threat to people's safety and health," the government said in a statement.

It said it would decide whether to increase the price of diesel fuel after conducting research and holding a public hearing.

It would also shut down or take other measures on 10 thermal power plants which were more than 30-years-old to curtail emissions.

Last month, South Korea found some diesel vehicles emitted up to 21 times more nitrogen oxides on the roads than at laboratories in tests conducted in the wake of Volkswagen's emissions-test cheating scandal.
© Thomson Reuters 2016

(This story has not been edited by NDTV staff and is auto-generated from a syndicated feed.)
Comments
eco-friendly vehicle salesAsia's second-biggest diesel car market