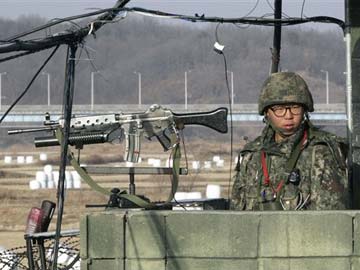 Seoul: South Korea approved on Wednesday a $7 billion project to build two nuclear plants, a boost for an industry struggling to emerge from the shadow of Japan's Fukushima disaster and the first approval since a policy review sparked by a safety scandal at domestic reactors.

The greenlight for the plants comes only two weeks after Asia's fourth-largest economy announced a policy shift to cut its reliance on nuclear power to 29 percent of total power supply by 2035, down from a planned 41 percent by 2030.

A series of nuclear reactor shutdowns since late 2012 due to safety issues have raised the risk of blackouts, putting pressure on policy makers to maintain power supplies in a economy relying on energy intensive industries such as autos, steel and electronics.

The approvals will also encourage South Korea's nuclear power industry, which still aims to export its expertise into a global market dominated by France, the United States and Russia.

A KEPCO-led consortium won a contract in 2009 to build four nuclear reactors in the United Arab Emirates and started construction in mid-2012.

But Seoul has faced public pressure to curb its use of nuclear power after Japan's Fukushima disaster and to rebuild confidence in the industry after a scandal over parts supplied using fake certificates.

It adopted a lower target for nuclear power earlier this month, but still plans to double its nuclear capacity over the next two decades as its state-run industry builds at least 16 new domestic reactors and is pushes for overseas sales.

An anti-nuclear power group said by backing more plants the government was not taking into account worries over safety.

"In this sense, it shows the government is ignoring concerns triggered by the Fukushima case and from civic groups urging them not to use nuclear power," said Lee Heon-seok, a representative of the Energy Justice Action group.

South Korea has 23 nuclear reactors, which generate about a third of its electricity and any move away from nuclear would mean it had to spend billions of dollars to pay for extra fossil fuel imports.

On Wednesday, South Korea shut down one nuclear power plant due to a technical glitch, taking the number of reactors closed to four and increasing the risk of power shortages over winter.

The new plants approved on Wednesday will be on top of five nuclear power plants already under construction and another four planned, including one that will be completed in July this year.

The power plants will have 1,400-megawatt capacity each, and are due to be completed by the end of 2020 and cost 7.6 trillion won.