The health risks in Nyarugusu camp - home to around 100,000 refugees, mainly from Burundi and Democratic Republic of Congo - have grown due to an influx of people this year, amid spikes in the political instability afflicting both countries 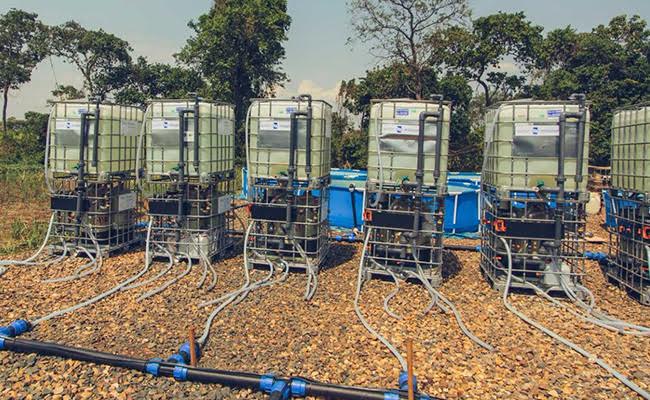 Dar Es Salaam: Sadick Thenest remembers how his 8-year-old daughter had a narrow brush with death two years ago, when she contracted cholera after drinking contaminated water.

"She was so gaunt, weak and had terrible diarrhoea," said the refugee from Burundi. "A slight delay in rushing her to hospital would have meant something else - but with God's grace she survived."

The father of four, aged 35, is among thousands of refugees grappling with frequent outbreaks of waterborne diseases in the crowded Nyarugusu camp in western Tanzania, due to poor sanitation.

"Living in a refugee camp is a constant struggle. You either stick to health rules or contract diseases," he told the Thomson Reuters Foundation by phone.

The health risks in Nyarugusu camp - home to around 100,000 refugees, mainly from Burundi and Democratic Republic of Congo - have grown due to an influx of people this year, amid spikes in the political instability afflicting both countries.

But Thenest, who came to the camp two years ago at the height of political tensions in Burundi, has learned how to protect his family from bouts of diarrhoeal diseases - a major cause of death in children under five.

"I always ensure that my children use clean and safe water," he said. "I have instructed them to wash their hands with soap after using a toilet."

Thenest, who works as a technician with international engineering charity Water Mission, said the health situation in the camp is improving as more people get access to clean water from a recently installed solar-powered water treatment facility.

"The plant produces thousands of litres every day - women no longer go far to fetch water," he said.

As part of a broader initiative to help refugees access clean energy and sanitation, Water Mission is installing more such plants in three refugee camps in western Tanzania.

The $5.3 million project, funded by the Denmark-based Poul Due Jensen Foundation, is expected to provide safe water for some 250,000 refugees in Nyarugusu, Nduta and Mtendeli camps.

"We will document saved lives and ensure general public health, as a result of safe water," he told the Thomson Reuters Foundation.

According to Water Mission, the Tanzania project aims to pump 100 percent of the water using solar power, with diesel generators as back up.

A recent shipment of 780 solar panels to Tanzania will produce 226,000 watts of power and provide a continuous supply of safe water to keep children in good health, it said in a statement.

With rising use of renewable energy, refugee communities in Africa and the Middle East are increasingly embracing solar power to help build their economic resilience, reduce deforestation and prevent violence against women and girls.

From Dadaab in Kenya, to Darfur in western Sudan and Azraq in Jordan, solar power is being deployed to provide affordable and sustainable energy solutions for tens of thousands of displaced people.

In semi-arid eastern Kenya, Africa's largest solar-powered borehole - equipped with 278 solar panels - is providing 16,000 refugees in Dadaab camp with a daily average of about 280,000 litres of water, which they use for drinking, cooking and personal hygiene, according to the European Commission.

In Azraq, a 2-megawatt solar farm that started operating in May - the world's first in a refugee camp - has enabled the U.N. refugee agency, UNHCR, to provide free, clean electricity to 20,000 Syrian refugees, covering the energy needs of two villages connected to the national grid.

Refugee families can now run a fridge, TV, fans and lights in their shelters, and recharge their phones, which is crucial for maintaining contact with loved ones abroad, the agency said.

Yet while access to clean energy for refugees and their host communities is a global priority for UNHCR, analysts say millions of displaced people still lack access to sustainable, cheap energy sources because of a lack of funding.

At Kakuma refugee camp in northwest Kenya, residents receive 10 kg of firewood for cooking every eight weeks, but for most, it is not enough, said Anna Okello, a research analyst with Practical Action Consulting International who works in the camp.

The need to gather extra firewood often results in personal security problems as adolescent girls and women face sexual harassment when they go out to collect it, she said.

Clean energy sources like solar can deliver benefits to refugees by enhancing safety, security, health and livelihoods, she added.

"If reliance on firewood can be lessened through solar cooking, this will have a direct impact on the development and protection of women in the camp," she said.

For example, it frees up time otherwise spent on firewood collection or cleaning sooty pots, she explained.

A lack of electric power has caused other problems for Kakuma's nearly 180,000 inhabitants.

"I don't dare go to the toilet alone at night because it's too dark," said Aisha Ilanda, 31, from Congo.

Providing solar street lamps and lanterns and energy-efficient cooking stoves can greatly improve the lives of refugees and contribute to their protection, Okello said.

Promoted
Listen to the latest songs, only on JioSaavn.com
"The sun is plentiful in Africa - it's free, it does not pollute and will never run out of power," she added.
© Thomson Reuters 2017