The news came as Singapore's home minister said a man had been denied entry to the country on Saturday because he had searched "suicide bombing" on his phone. 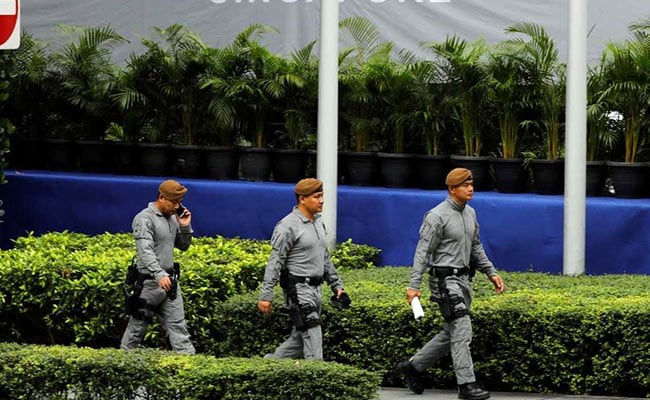 Singapore: Two staff from South Korea's national broadcaster have been deported from Singapore after they were arrested for trespassing at the home of the North Korean ambassador to the city-state, police said on Sunday.

The news, just days before a high stakes summit between US and North Korean leaders in the city-state, came as Singapore's home minister said a man had been denied entry to the country on Saturday because he had searched "suicide bombing" on his phone.

North Korean leader Kim Jong Un landed in Singapore on Sunday ahead of a summit that could that could end a nuclear stand-off between the old foes and transform his secretive, impoverished country. US President Donald Trump is due to land later on Sunday evening.

"The visit passes of the two South Korean men have been cancelled, and they have been repatriated to the Republic of Korea on 9 June 2018," police said in a statement on Sunday.

The two men were staff of KBS, the national public broadcaster of South Korea that operates radio, television and online services.

Earlier on Sunday, home minister K. Shanmugam told reporters that some people had been prevented from entering Singapore.

"Yesterday, we had someone from a regional country who our ICA (Immigration and Checkpoints Authority) officers... when they searched through his handphone, he had been searching suicide bombing."

Shanmugam said a handful of other people had also been denied entry in recent days on security grounds, but declined to comment further.

The Trump-Kim meeting will cost about S$20 million to host, Singapore's Prime Minister Lee Hsien Loong told local media on Sunday, a large chunk of that expected to be on security on the highest profile event the city-state has ever hosted.
© Thomson Reuters 2018
Comments
South Korean Media StaffUS-North Korea Summit