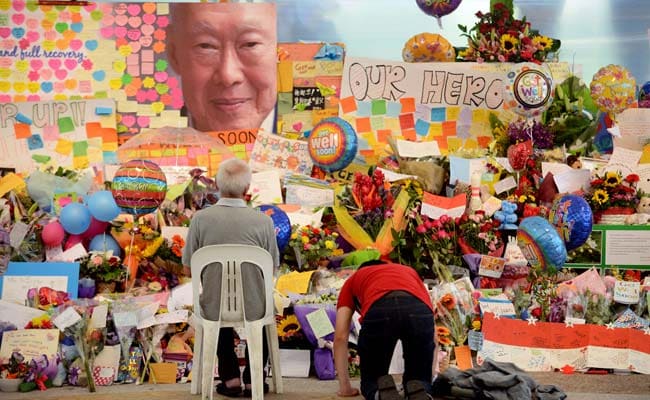 The National Parks Board, which manages the leafy square where Speakers' Corner is located, said on its website that it is "one of the designated community centres for remembering the late Mr Lee Kuan Yew".

"As such, we will not be able to accept any applications to use Speakers' Corner during this time," it added without stating a dateline for the measure to end.

Lee, who died aged 91 after a long illness, was known for his tough stance on dissidents and political groups opposed to his People's Action Party.

Singaporean lawyer Choo Zheng Xi, who handles civil liberties cases, noted that "no timeline has been given in the notice as to when they (permits) will be re-instituted."

The 0.97-hectare (2.4 acres) Speakers' Corner, also known as Hong Lim Park, is located in the heart of Singapore's central business district. It opened in 2000 and is loosely modelled on the free-speech area of London's famous Hyde Park.

Only Singapore citizens and permanent residents are allowed to take part in protests in the area without police permits. Speeches must also avoid inciting religious or racial hatred.

Promoted
Listen to the latest songs, only on JioSaavn.com
When Lee was prime minister from 1959 to 1990, he was criticised by rights groups for his iron-fisted rule, forcing several opposition politicians into bankruptcy with libel suits or self-exile.