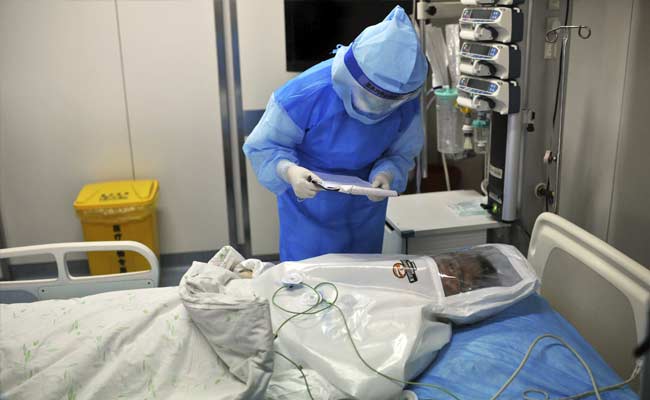 Freetown, Sierra Leone: Sierra Leone began a campaign on Friday to protect almost half the population from malaria, reducing the burden on health services of people visiting clinics wrongly fearing they have Ebola.

The early symptoms of the diseases -- fever, headaches and aching joints -- are so similar that malaria can easily be misdiagnosed, causing unnecessary referrals to Ebola treatment units.

More than 9,300 trained community health workers will go door-to-door in districts where the risk of Ebola is highest to administer anti-malarial tablets to 2.5 million people over three days.

"Malaria is the number one killer in Sierra Leone but patients who may be infected do not seek care for fear of being shunned from health centres as suspected Ebola cases," said Roeland Monasch of UNICEF, which is supporting the drive.

"People are dying in their communities for lack of diagnosis and treatment. This campaign will benefit the fight against both malaria and Ebola."

Samuel Juana Smith, of the national malaria control programme, said the mosquito-borne parasite is thought to be behind a high proportion of the 60 percent of Ebola tests which prove negative.

He added that most people going to Ebola treatment units turn out to have malaria -- which is not passed from human to human -- rather than the highly-infectious tropical virus.

Ebola has killed more than 6,000 people in Liberia, Sierra Leone and Guinea this year, but the less obvious damage it has done to already-weak healthcare systems has also caused alarm.

Medical aid agency Doctors Without Borders said in October Ebola had made obtaining treatment for malaria almost impossible in the Liberian capital Monrovia because of the "collapse of the healthcare system".

The agency said it had begun distributing antimalarials to around 300,000 people in the city's poorest, most densely-inhabited neighbourhoods.

Before the Ebola epidemic, malaria was the leading cause of death in west Africa, with 1.7 million cases in Liberia in 2012 according to the health ministry, 1,800 of them fatal.

Promoted
Listen to the latest songs, only on JioSaavn.com
The 2013 World Malaria Report ranked Sierra Leone as the country with the fifth-highest prevalence of the disease, and said there were more than two million suspected cases in the country.