The oil-rich Gulf is reliant on the cheap labour of millions of foreigners -- mostly from India, Pakistan, Nepal and Sri Lanka -- many of whom live in squalid camps far from the region's showy skyscrapers and malls. 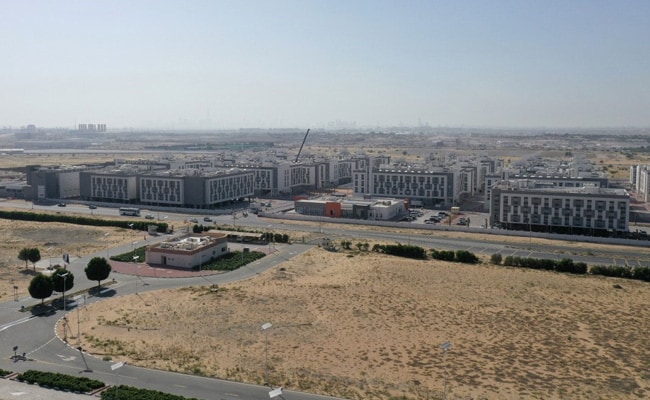 People suspected of being infected by the COVID-19 are quarantined, in the Gulf Emirate of Dubai

When all nine men in his dormitory caught coronavirus, 27-year-old Nurudhin was bused to a remote quarantine camp -- becoming one of many migrant workers Gulf states are struggling to accomodate adequately.

The oil-rich Gulf is reliant on the cheap labour of millions of foreigners -- mostly from India, Pakistan, Nepal and Sri Lanka -- many of whom live in squalid camps far from the region's showy skyscrapers and malls.

But the spread of coronavirus, alongside shrinking oil-driven economies, has left many workers sick and countless others unemployed, unpaid and at the mercy of unscrupulous employers.

"There is nothing in my room except a small bed. I have to share a bathroom with 20 to 30 people," said Nurudhin, a draftsman from India who was hospitalised before being taken to a remote isolation facility for blue-collar workers in the United Arab Emirates.

"There is no WiFi. Not even a television. But the situation in my room was even worse," he said of his crowded quarters in Abu Dhabi, which proved a fertile ground for the disease.

Despite strict curfews in force for weeks, the Gulf states with the biggest populations of foreign workers -- Saudi, UAE, Kuwait and Qatar -- are still reporting rising numbers of coronavirus cases.

To try to reduce transmission, Gulf authorities have moved workers from camps into temporary lodgings, while establishing mass screening centres and using drones in some neighbourhoods to warn people against congregating.

'Worried about our brothers'

The UAE has been the most vocal among Gulf countries in demanding governments repatriate workers, many of whom have been laid off or gone unpaid as business halts and oil prices plummet.

As of April 20, some 22,900 foreigners had been repatriated on 127 flights from otherwise closed airports, officials said.

But India, which has 3.2 million citizens in the UAE alone, has refused to cooperate, saying that repatriating and quarantining millions of returning citizens would be a logistical and safety nightmare.

Bangladesh has reluctantly agreed to take back thousands of its citizens to avoid punishment from Gulf states in the future, its Foreign Minister A.K. Abdul Momen said.

"If we don't bring them home... they won't recruit people from us once their situation improves," he told AFP, adding that thousands of undocumented workers and hundreds of prisoners are being flown back, including a planeload from Saudi Arabia last week.

Pakistan has allowed repatriations to proceed but warned it is hindered by the lack of testing and quarantine facilities at its airports.

Its diplomats in Dubai appealed to Pakistanis not to go to the consulate, after a large number -- desperate to return home -- gathered to demand seats on limited special flights.

"We are worried about our brothers in the Gulf. The lockdown and closure of daily business in the Gulf have rendered many overseas Pakistanis without a livelihood," Foreign Minister Shah Mehmood Qureshi said last week.

A UAE spokesman said it owed migrant workers a "debt of gratitude" and that it was providing healthcare, food and accommodation, and relaxing immigration rules for those with expiring visas.

The pandemic has highlighted the problem of migrant workers living and working in conditions that leave them vulnerable to disease, said Rothna Begum, a senior researcher at Human Rights Watch.

Attempts by Gulf states to curb the virus were inflicting more hardship, with lockdowns that left workers short of food and water, she told AFP, adding that charities stepping in were overwhelmed.

"Workers who are still required to work are being put on buses where they cannot socially distance, and sent to sites where social distancing is not being practised or protective equipment and sanitation is not adequately provided," she said.

Millions of migrant workers face future uncertainty as the now unwanted workforce is haggled over by their governments and host countries.

"I want to go back to my country... I don't have any money and I don't want to spend more time here," said an Egyptian man in Kuwait City who is being held at a camp for immigration offences.

Javed Paresh, a construction worker in the emirate of Sharjah, is among the tens of thousands of Pakistanis who have registered to fly home.

"I have not been paid for the last six months. I just want to go home and see my family. My family will die of hunger as I am unable to send them money for many months," he said.