In June 1994, members of his cult Aum released sarin in the central Japanese city of Matsumoto at night, killing eight people. 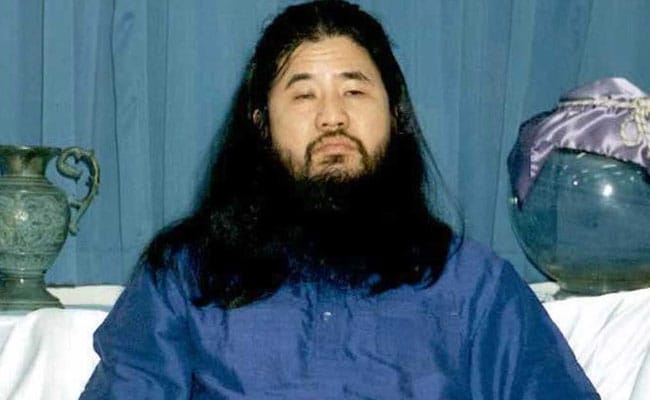 Shoko Asahara claimed to have achieved enlightenment in the Himalayas. (AFP)

Shoko Asahara, executed Friday for his role in the deadly 1995 sarin attack on Tokyo's subway, used a mixture of charisma and mysticism to lure followers to his Aum Shinrikyo doomsday cult.

The "guru" with his wild hair and unkempt beard, once led up to 10,000 followers, including some who in 1995 targeted the Tokyo subway in a shocking chemical attack that killed 13 people and injured thousands more.

The attack brought international infamy to the Aum group, which attracted a range of devotees, including the doctors and engineers who produced chemical agents for the group's crimes.

Despite humble beginnings and being nearly blind, Asahara was a charismatic speaker who attracted hordes of recruits to the cult he developed in the 1980s.

"Asahara was talented at brainwashing," said Kimiaki Nishida, a professor of social psychology at Rissho University in Tokyo.

He "lured young people, who felt a sense of emptiness in Japanese society," Nishida told AFP.

Asahara told followers that he would help them acquire "the power of God with the right kind of training" and they would "create a new world" after Armageddon, which he predicted would occur in 1997.

'Violence Was A Hobby'

He was born Chizuo Matsumoto on March 2, 1955, one of nine children of an impoverished straw mat maker in Yatsushiro on the southern Japanese island of Kyushu.

He started calling himself Asahara in the 1980s, when the Aum cult was being developed.

He was admitted to a state boarding school for blind children when he was six, quickly earning a reputation for bullying classmates.

"For him, violence was like a hobby. Once he got angry, there was no way to stop it," a former classmate once said.

Asahara left school at 19 after qualifying as an acupuncturist. 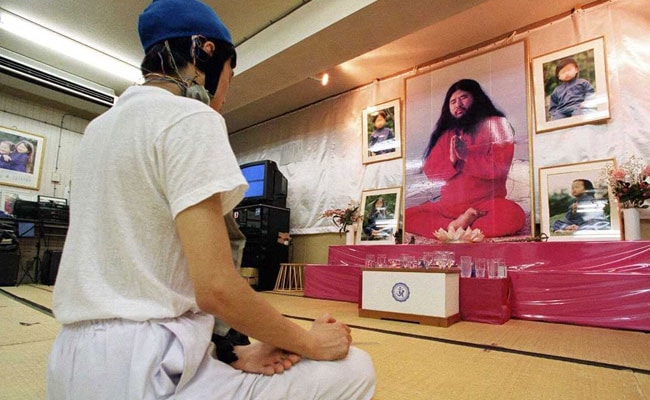 His poor eyesight meant he was unable to pursue his first choice of medical school, and he failed to gain admission to study law at the University of Tokyo -- a traditional route into the nation's elite class.

In 1978, he married Tomoko, and the couple would go on to have four daughters and two sons.

Four years later, he had his first brush with the law, being arrested and fined for selling quack medicine out of his acupuncture practice east of Tokyo.

After the arrest, he became a recluse, reportedly travelling to India and reading religious books, before emerging as a yoga instructor two years later.

He claimed to have achieved enlightenment in the Himalayas and preached an esoteric mix of various Eastern religions combined with his own apocalyptic prophecies.

His followers claimed their guru, who dressed in Chinese-style pyjama tunics, had extra-sensory powers and could levitate for hours at a time.

In 1990, Asahara and a group of followers ran unsuccessfully for parliamentary election, and after the failed bid he became increasingly violent.

In June 1994, Aum members released sarin in the central Japanese city of Matsumoto at night, killing eight people, but the attack was not initially linked to the cult.

The group went on developing their chemical weapons, and on March 20, 1995 released sarin at several points across the Tokyo subway during the morning rush hour.

The attack shocked the world, and prompted a massive crackdown that saw Asahara and some of his followers arrested.

He was on death row for the attack and other crimes from 2006, after a lengthy prosecution during which he regularly delivered rambling and incoherent monologues in English and Japanese.

Twelve other Aum members were also sentenced to death over the 1995 attack and other crimes.

The Aum cult, now renamed Aleph, officially disowned Asahara in 2000, but experts believe his influence remains strong, with some members using pictures of him and recordings of his voice for meditation.

And there have been fears that Asahara's execution could usher in a replacement "guru."

"It would be no surprise if another Asahara emerges in the future," Nishida said