Shahidul Alam, 63, was picked up from his home after he accused the Bangladesh government of extrajudicial killings and corruption 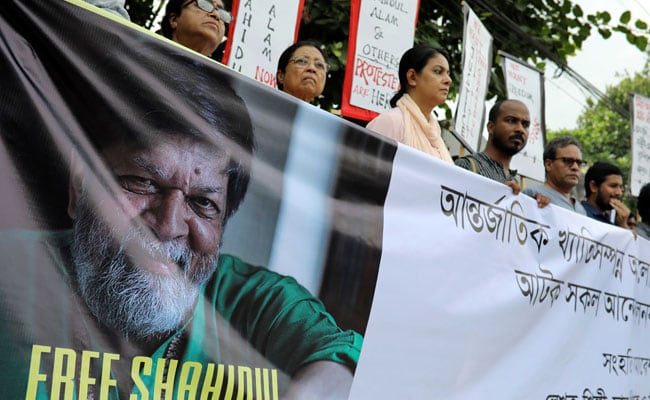 Shahidul Alam, 63, is being investigated under the Information and Communication Technology law (Reuters)

A Bangladesh court on Tuesday turned down a plea for bail by a prominent social activist and photographer arrested last month for spreading "propaganda and false information" during widespread student protests.

Shahidul Alam, 63, is being investigated under a controversial section 57 of the Information and Communication Technology law that carries a maximum prison sentence of 14 years, sparking criticism from rights groups.

He was picked up from his home hours after giving an interview to Al Jazeera, in which he accused the government of extrajudicial killings and corruption.

He had also posted comments on social media that a student wing of Prime Minister Sheikh Hasina's ruling party was trying to attack the protesters.

What began as an outpouring of anger over the failings of an unregulated transport industry after a speeding bus killed two students in Dhaka in July escalated into the widest anti-government protests in the South Asian nation in years, providing a focus for discontent with what critics see as Prime Minister Sheikh Hasina's increasingly authoritarian rule.

The protests ended on August 6.

Hasina has already faced criticism from international human rights activists over a drugs crackdown in which police have shot dead more than 200 people since May.

"Mr. Alam spoke dangerously and falsely about the situation surrounding the Bangladeshi student road safety protest," the government said in a statement at the beginning of the month. "Mr Alam's factually incorrect comments played a major role in instigating the protest's violent turn."