The US-made F-16 fighter aircraft belonged to the No 9 Squadron of the PAF. 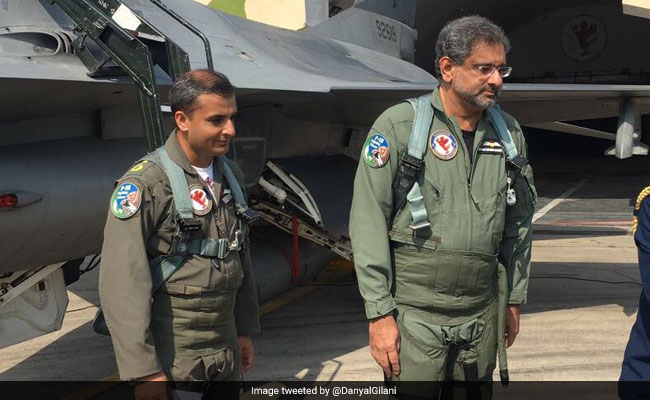 Abbasi, during a visit to the newly-established Airpower Center of Excellence (ACE) at an operational air base of the Pakistan Air Force (PAF), flew in the single-engine supersonic multirole fighter aircraft.

The 58-year-old became the first-ever prime minister of Pakistan to participate in an air force sortie, Geo News reported.

The US-made F-16 fighter aircraft belonged to the No 9 Squadron of the PAF.

The facility at the Mushaf Air base in Punjab's Sargodha city is a premier institution which has been equipped with state-of-the-art facilities and infrastructure.

Promoted
Listen to the latest songs, only on JioSaavn.com
Abbasi was briefed by Air Chief Sohail Aman on the ongoing exercise 'Saffron Bandit' and was informed that the first-ever multinational exercise will be held in October and would have participation from personnel from 19 air forces.