Sex Assault on Cruise Ships 'All too Common,' US Hearing Told 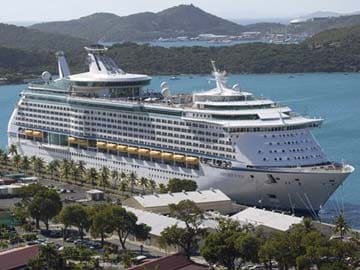 Washington: Sexual assault is "far too common" on cruise ships serving US ports, despite the cheerful image of fun on the high seas promoted by cruise lines, a Senate committee heard on Wednesday.

A rape victim was among the witnesses who appeared before the Senate transportation committee, which is considering legislation to reinforce the rights of cruise ship passengers.

"If you think young women are safe on cruise ships, think again. They're not," said Philip Gerson, a Miami trial lawyer whose clients have included an autistic teenager sexually assaulted on a Christmas cruise around the Caribbean.

Cruise lines "foster a misleading information campaign" with promises of safe and happy days on the high seas far away from such dry-land hazards as muggings or traffic mishaps, he said.

"But sexual crimes ... are far too common, and the risks of them are higher," said Gerson, chairman of the National Center for Victims of Crime, a non-profit advocacy group.

- Fast-growing industry -
The cruise industry -- which disputes the allegations -- is the fastest-growing travel sector in the world, with 22 million people taking a cruise each year, according to the Cruise Lines International Association (CILA).

But it has been rattled in recent years by a number of high-profile incidents such as the January 2012 capsizing of the Italian cruise ship Costa Concordia that claimed 32 lives.

By coincidence, the Costa Concordia -- twice the size of the Titanic -- began its final journey under tow to a scrap yard Wednesday as the Senate hearing got under way.

Laurie Dishman of Sacramento, California choked back tears as she testified how a crew member raped her in cabin during a Royal Caribbean cruise to Mexico in 2006.

"He strangled me and raped me," she recalled. "I awoke with ligature marks around my neck. He impacted my tampon during the violent rape."

The ship's doctor later brought out a rape kit, intended to collect forensic evidence, before she was left to return, traumatised, to the stateroom in which she had been violated.

Back on shore, Dishman -- now a member of the International Cruise Victims Association -- was quizzed "extensively" by FBI agents who ultimately decided not to arrest the crew member, who was from Trinidad.

Dishman, who sued Royal Caribbean and settled out of court in 2008, eventually learned that the crew member, acting as a security guard in the ship's disco, was in fact a low-paid janitor with a record of misconduct.

- Christmas nightmare -
Gerson meanwhile told of his client, a 15-year-old girl with autism whose mother, a seasoned cruise traveller, had brought along for a Christmas journey around the Caribbean on a ship with nearly 9,000 passengers and crew.

Despite assurances that shipboard youth activities were supervised, the teenager was raped by two non-American males -- one a juvenile, the other a young adult -- in a locked stateroom after the disco closed early, he said.

The crime scene was initially sealed off, only to be cleaned by housekeepers the next day even as the investigation was still open, said the lawyer, who called for "sea marshalls" to be assigned to all cruise liners.

Promoted
Listen to the latest songs, only on JioSaavn.com
Representatives of CLIA did not testify Wednesday, but in a statement to AFP it said the Senate hearing "presented a distorted picture" of the cruise industry and its safety record.

"Overwhelmingly, cruise passengers have a wonderful experience," with 70 percent of passengers being repeat customers, it said. "By any measure, cruising is very safe."