The rockets were launched from the outskirts of Damascus by Shiite militia operatives, Israel said. 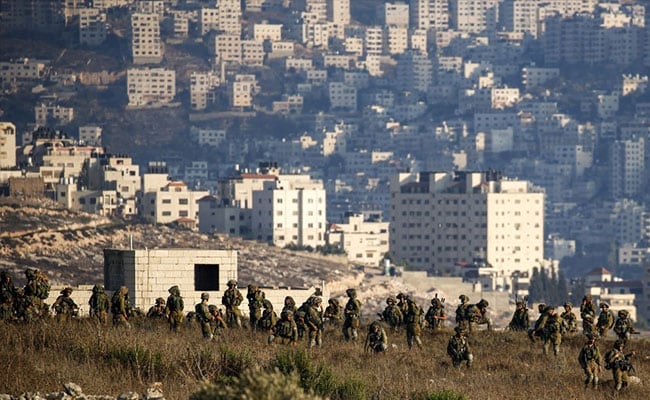 Israel has carried out hundreds of strikes in neighbouring Syria. (AFP)

Israel said Monday several rockets were fired at its territory from Syria by an Iranian-backed force in what would be a rare incident, but they all fell short.

"Earlier this morning, a number of rockets were launched from Syria towards Israel, all failed to hit Israeli territory," a statement from Israel's military said.

"The rockets were launched from the outskirts of Damascus by Shiite militia operatives operating under the Iranian Quds Force (the elite wing of Iran's Revolutionary Guards)," it said.

The statement came after overnight air strikes in Syria hit positions of pro-Iranian forces in eastern Syria overnight, killing 18 fighters, according to a war monitor.

The Syrian Observatory for Human Rights did not immediately identify who carried out the strikes.

Israel has carried out hundreds of strikes in neighbouring Syria against what it says are Iranian and Hezbollah targets, but rarely acknowledges them.

An Israeli military spokeswoman declined to comment on whether Israel was behind the latest strikes.

Israel has vowed to prevent Iran, its main enemy, from entrenching itself militarily in Syria.

(Except for the headline, this story has not been edited by NDTV staff and is published from a syndicated feed.)
Comments
IsraelSyriarockets