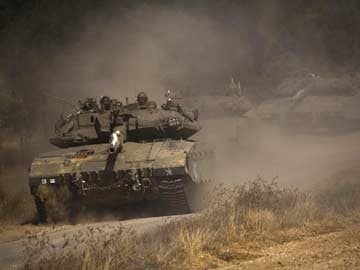 An Israeli convoy manoeuvres outside central Gaza Strip on July 19, 2014

Jerusalem: Seven Israeli soldiers were killed on Monday during clashes with Palestinian militants, the Israeli military said, lifting the army death toll to 25 in two weeks of fighting around the Gaza Strip.

The army did not provide any further details. Local media had said there were a number of casualties when Palestinian fighters slipped under the Gaza border earlier the day via a hidden tunnel.

Promoted
Listen to the latest songs, only on JioSaavn.com
More than 500 Palestinians have also died in the conflict, most of them children, Gaza health officials say.

One Dead, One Injured In Paris Hospital Shooting: Police