Caroll Spinney died at home in Connecticut after living with the movement disorder dystonia for some time, according to a statement from Sesame Workshop, the nonprofit organization that produces the show. 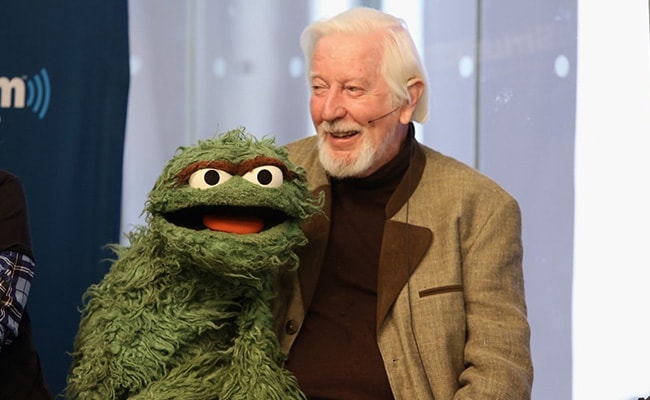 Puppeteer Caroll Spinney, who brought Big Bird to life on the iconic children's show "Sesame Street" for half a century, died on Sunday at the age of 85.

Spinney died at home in Connecticut after living with the movement disorder dystonia for some time, according to a statement from Sesame Workshop, the nonprofit organization that produces the show.

The actor had announced his retirement from the show last year, having hand-picked successors to play both Big Bird and Oscar the Grouch -- two characters he helped create and which marked the childhoods of millions.

"Caroll was an artistic genius whose kind and loving view of the world helped shape and define Sesame Street from its earliest days in 1969 through five decades," said the statement from his colleagues.

"His legacy here at Sesame Workshop and in the cultural firmament will be unending."

"His enormous talent and outsized heart were perfectly suited to playing the larger-than-life yellow bird who brought joy to generations of children and countless fans of all ages around the world, and his lovably cantankerous grouch gave us all permission to be cranky once in a while."

Poignantly, Spinney's death came as the show marked its 50th birthday, and as it prepared to receive one of America's top cultural awards -- to go along with a pile of nearly 200 Emmys -- at a gala Sunday in Washington for the Kennedy Center Honors.

Spinney himself won multiple Daytime Emmys for his work, as well as a Lifetime Achievement Award. He also earned a Grammy Award, for best children's recording.

At the time of his retirement, he was quoted as saying that his Big Bird alter ego had "opened my mind and nurtured my soul."

Spinney's life was the subject of the 2014 documentary "I Am Big Bird: The Caroll Spinney Story."

Big Bird, the instantly recognizable giant yellow bird with the huge beak, is more than eight feet (2.5 meters) tall. In 2000, he was named a Living Legend by the US Library of Congress, and has a star on the Hollywood Walk of Fame.

(This story has not been edited by NDTV staff and is auto-generated from a syndicated feed.)
Comments
Caroll SpinneySesame StreetBig Bird