Some of the youngsters also "feel guilty they were able to escape from (ISIS) but not their families", Abdullah said. 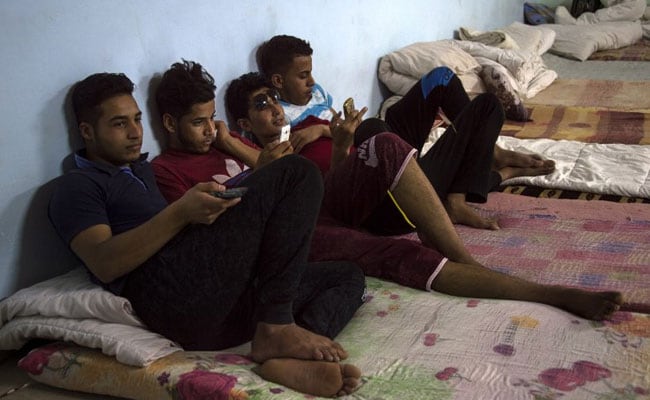 Iraqi youth, who were separated from their families during the war. (AFP)

Debaga, Iraq: Adel, 15, hasn't seen his parents for the past nine months, but that was the price to pay to escape the brutal rule of ISIS group  terrorists in his northern Iraqi hometown.

"I miss my family, nine months is too long," said the teenager, among hundreds of youngsters separated from their parents because of ISIS and the months-long battle that has expelled the terrorists from Mosul, the main city of northern Iraq.

Adel remembers the long trek on foot out of Hawijah -- a town in Kirkuk province that is still held by ISIS -- as he and others made their way to Iraq's autonomous Kurdish region.

"We walked all night, around 14 hours," said the teenager.

He now lives in a camp for the displaced in Debaga region, southeast of Mosul, where he has been reunited with one of his brothers and some cousins.

Adel is not from the area, but the battle for Mosul has displaced hundreds of thousands of other civilians, many of whom now reside in camps near Iraq's second city.

According to the UN's children agency, UNICEF, more than 1,000 children under the age of 18 have been separated from their parents.

Adel is cared for by the Terres des Hommes Italia, a children's aid organisation, and is among 17 teenagers being sheltered by the charity, which organises English and computer science classes and sports activities.

"The teachers treat us well. It's like I'm at home here now," said Adel.

Others lay on mattresses in the dormitory next door busy with their mobile phones, while in the background Arab music blared out at full volume.

In the kitchen, three teenagers were helping the head cook prepare the day's lunch, and they were learning how to bake bread.

Six months after Adel fled Hawijah, his parents also left for a camp for the displaced in Kirkuk province.

He hopes to go visit them after September, when he is due to resit his school exams after failing at a first attempt.

"There are just over 1,000 children who are separated and unaccompanied," UNICEF's Maulid Warfa said after a tour of the Mosul area.

His visit to eastern and western Mosul came after the Iraq government declared the city "liberated" from the terrorists who overran it three years ago.

He said UNICEF was working to trace the families. "If we can't find them, the courts will put them in a state institution."

The UN official said he had met a boy of around seven whose left hand had been badly damaged in an explosion.

"He was clearly very distressed, not talking or interacting, even when we gave him a small ball to play with, he didn't touch it. We were told his parents were killed in the blast," he said.

Terre des Hommes official Abdulwahed Abdullah said children and teenagers separated from their families were at risk of psychological scarring.

"They are suffering from post-traumatic stress syndrome and most of them have trouble sleeping due to anxiety," he said.

Some of the youngsters also "feel guilty they were able to escape from (ISIS) but not their families", Abdullah said.

When they arrive at a centre like the one run by the charity, they have to relearn some basic facts of life: boys and girls can mix and listening to music is allowed.

Under terrorist rule, all that was "haram" -- Arabic for forbidden.

Twenty-year-old Ahmed also escaped from Hawijah but with his seven sisters and brothers, all younger including the baby of the family, a girl of two.

Ahmed and his siblings left seven months ago without their parents and have found refuge in another camp in the Debaga region.

"We speak on the phone every two or three days but only for five minutes each time," said Ahmed.

Abdullah, his 15-year-old brother, said they had to keep conversations short because if the terrorists were to find out that their parents have a phone "they could kill them".

Promoted
Listen to the latest songs, only on JioSaavn.com
Ahmed says he has learnt to remain patient with his younger brothers and sisters, who often cry and keep asking after their parents.

"I tell them a story, anything to keep them quiet, I tell them that they (the parents) will come today or I give them some money to buy sweets," he said.

"Love Hormone" Oxytocin May Not Work As We Think, New Study Suggests