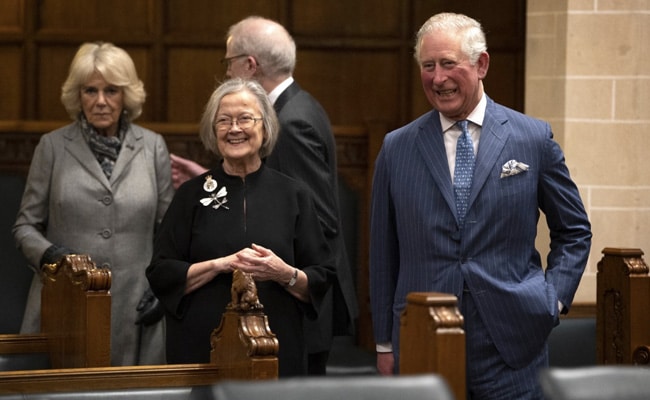 A senior British judge has announced she will quit Hong Kong's top court when her term ends, stating there were "all sorts of question marks" over Beijing's new national security law, media reported Friday.

Unlike mainland China, where the courts are beholden to the Communist Party, Hong Kong's judicial system remains independent and based on common law -- a major reason for its position as a global business hub.

Lawyers from common law jurisdictions are able to operate in the city, while senior judges are invited to sit on the city's top court.

But China's imposition of a sweeping national security law last year has sparked concerns in some legal circles about whether judicial independence can be maintained.

Britain's government is currently reviewing whether to bar UK judges from serving on the Court of Final Appeal.

The Times of London said Hale mentioned the impact of the security law as she announced she would not seek a second term on the Hong Kong court when her tenure ends in July.

"The jury is out on how they will be able to operate the new national security law. There are all sorts of question marks up in the air," the Times quoted Hale as telling an online conference on Thursday.

"I don't wish to be reappointed."

The Times said Hale, who headed Britain's top court from 2017 to 2020, acknowledged there were serious concerns about the national security law, but argued that the remaining foreign judges were "keeping an eye on what's going on there".

Once Hale steps down there will be nine British judges on Hong Kong's Court of Final Appeal.

Most are senior judges who have retired including Lord Neuberger and Lord Phillips -- two former presidents of Britain's Supreme Court -- and Lord Sumption, a former Supreme Court judge.

Lord Reed, the current president of the Supreme Court, also sits on the Hong Kong court. The remainder hail from other common law jurisdictions such as South Africa and Australia.

AFP has approached Hong Kong's government for comment -- but it has previously denied any suggestion that the city's judicial independence is at risk.

Critics say the national security law has cracked the legal firewall between Hong Kong and China.

As well as criminalising many kinds of dissent, the law allows central-government security agents to operate openly in the city for the first time, unhindered by local laws.

Video: Sikh Student With Kirpan Arrested At US University