The three pink seesaws at a border fence separating Sunland Park, in New Mexico, and Ciudad Juarez, in Mexico, allowing kids and adults on either side to play together. 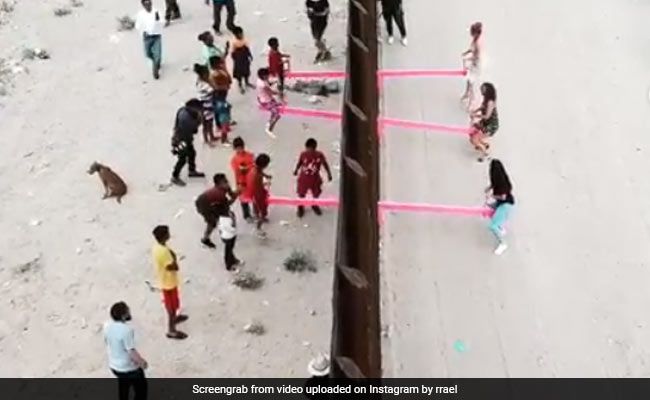 Many people have praised the idea that comes as Trump pushes for tighter immigration policies.

Two California professors have installed seesaws across the US-Mexico border in a blunt rebuke to President Donald Trump over his plans to build a wall along the 2,000-mile boundary between the two countries.

The three pink seesaws were unveiled on Monday at a border fence separating Sunland Park, in New Mexico, and Ciudad Juarez, in Mexico, allowing kids and adults on either side to play together.

Ronald Rael, a professor of architecture at the University of California Berkeley who came up with the project with Virgina San Fratello, a professor of design at San Jose University, said the idea for "Teetertotter Wall" had been in the making for a decade.

He said seeing the project come to life was "one of the most incredible experiences" for him and Fratello, describing the event at the border as "filled with joy, excitement, and togetherness." 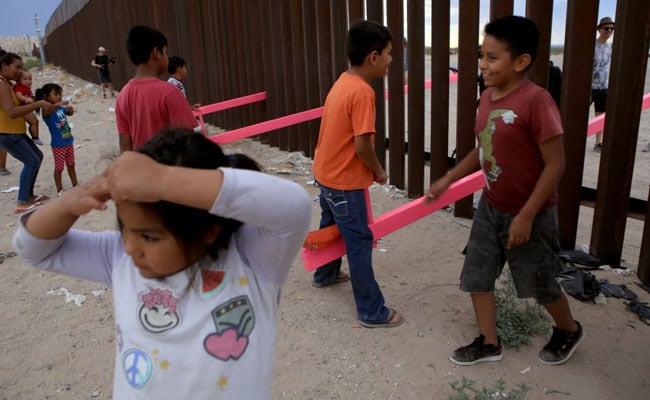 Video and pictures of the seesaws were trending on social media. (AFP)

"The wall became a literal fulcrum for US-Mexico relations and children and adults were connected in meaningful ways on both sides with the recognition that the actions that take place on one side have a direct consequence on the other side," he added.

Video and pictures of the seesaws were trending on social media Tuesday, with many praising the idea that comes as US President Donald Trump's administration pushes ahead with tightened immigration policies.

"Beautiful reminder that we are connected: what happens on one side impacts the other," tweeted Mexican actor Mauricio Martinez.

"#Border fence will not keep us from our neighbors.