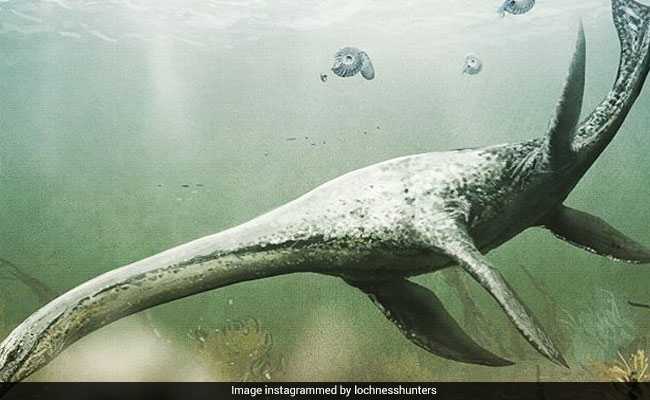 An artistic illustration of the loch ness monster, whose legend dates back to 2000 years.

An international team of scientists plans to dredge Scotland's Loch Ness next month - seeking not the mythical monster, as so many have done before, but rather its DNA footprint.

Maybe. Don't get your hopes up. Even the project's leader, Neil Gemmell of New Zealand's Otago University, doubts that the Loch Ness monster actually exists. The evolutionary genetics professor has been quite candid that he's using the legend as a hook to attract interest in a study of the lake's biodiversity.

That said, if the team does come across the genetic sequence of some immortal dinosaur or a behemoth previously unknown to science, they have promised to let us know.

"You can't help but wonder, when so many swear black and blue that they saw these things, that there might be a biological basis for them," Gemmell said in a video earlier this year, as he prepared for the expedition.

"It really does resonate with people of all cultures all around the world. I honestly don't know why."

His will hardly be the first attempt to apply science to the mystery of the Loch Ness monster - though the project differs from others because it promises to find something in the hidden depths of the lake, even if it's just the DNA of fish and newly discovered bacteria.

The monster's legend dates back nearly 2,000 years, to a northern Scottish tribe that carved images of a strange, flippered beast into its nature artwork - among the usual depictions of geese, horses and deer.

A Christian, Saint Columba, claimed to have seen the monster in Loch Ness in the sixth century, according to PBS. It was about to attack a swimmer, so the saint reportedly raised his hand and commanded it to retreat in God's name. The monster complied.

The myth became a sensation after a new road was built along the lake shore in the 1930s, PBS wrote, and locals began to report a massive something splashing around.

The London Daily Mail soon hired a hunter to track the monster down, PBS wrote. He returned with incredible stories of the beast and plaster castings of its four-toed footprints - which were soon revealed to belong to a hippopotamus.

And yet the next year, in 1934, the Daily Mail published what would become the iconic photo of the Loch Ness monster - a great giraffe-like neck rising out of the water in silhouette.

"It was revealed 60 years later to have been a hoax that used a sea monster model attached to a toy submarine," Reuters wrote, but the image has nevertheless inspired many to seek out the beast itself.

Most efforts were not impressive - unless you're convinced that the monster can be seen from Apple Maps, or that what appears to be bad YouTube video of a floating log is actually old Nessie.

But besides the cranks, serious expeditions have been made.

The BCC funded a project in 2003 that probed the lake's entire length with sonar, Reuters noted. It found nothing unusual.

Maybe the closest anyone has come to success was a 2016 expedition that found a 30-foot-long Loch Ness monster movie prop, which had sunk to the bottom in 1969.

Gemmell's project, in a sense, can't fail. According to the plan on his website, he'll be joined by researchers from Scotland, Europe and the United States, representing several universities between them, and rely on what Reuters calls a "well established tool for monitoring marine life," known as environmental DNA.

The teams plans to sail the entire loch, collecting water samples at various depths, which should be full of DNA fragments from whatever lives there. They'll do the same thing at two nearby lakes, as control groups, and then analyze the DNA to see what sort of oddities really live in Loch Ness.

But the professor knows his audience.

As he explained in a YouTube video, he'll be on the lookout for strange DNA sequences, and thinks his team would even be able to tell if they scoop up the genetic sequence of a plesiosaur - the supposedly extinct sea creature that some believers think is the Loch Ness monster.

"That seems improbable," Gemmell said, noting that the loch would have iced over several times in the 50 million years since plesiosaurs went extinct.

But he's open to anything, and his team plans to present whatever they find in the Loch to the public in early 2019.

Promoted
Listen to the latest songs, only on JioSaavn.com
"The world has waited more than a thousand years for an answer," as the project website says. "It's only months away."

(Except for the headline, this story has not been edited by NDTV staff and is published from a syndicated feed.)
Comments
Neil GemmellLoch Ness MonsterNorthern Scottish tribe