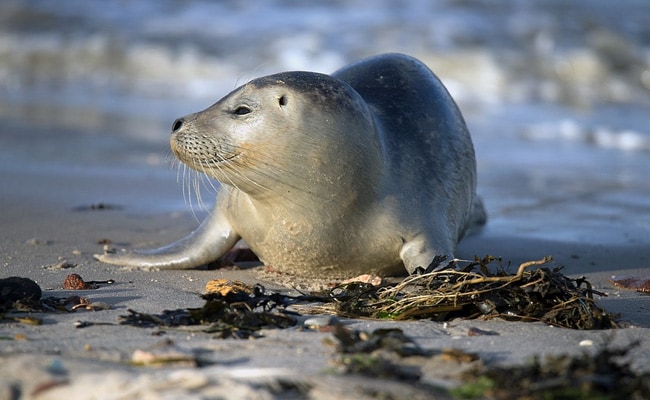 While analyzing the seal poop, researchers found a USB stick in an excrement sample. (FILE PHOTO)

A pair of researchers in New Zealand made a surprising discovery several weeks ago while analyzing a pile of seal poop.

Nestled inside one of the excrement samples was something unusually hard: a USB stick.

Memory drives are not a part of the marine food chain.

"It is very worrying that these amazing Antarctic animals have plastic like this inside them," said Jodie Warren, a volunteer with New Zealand's National Institute of Water and Atmospheric Research, or NIWA, who found the USB stick.

Still, Warren and a fellow volunteer, Melanie Magnan, noticed that the memory drive appeared to be intact. So they set it out to dry and tested it a couple of weeks later.

Remarkably, it still worked, and images presumably belonging to the USB drive's owner soon appeared: In one photo, a sea lion rolls in the sand on the beach. In a video, someone in a kayak follows a seal and her pup swimming in shallow water.

The only hints as to who had taken the footage were the blue kayak and a glimpse of a human's red-tipped rubber shoes.

On Monday, NIWA published a few of the images on social media, hoping to find the owner of the USB stick - with a slight catch.

"If they're yours and you want the USB stick back, it comes with a price," the group said. "The leopard seal researchers would like some more leopard seal scat please."

They included instructions for how to identify and safely collect leopard seal scat, which they said is "good as gold" for researchers.

"It can tell them what these Antarctic predators eat, a little bit about their health and how long they may have been in New Zealand waters," the NIWA said.

To help jog people's memory, the group also noted when and where the scat sample had been found. A local veterinarian - part of a NIWA's "network of volunteer seal scat collectors up and down the country" - gathered the waste in November 2017 from Oreti Beach in Invercargill, a city on the southern tip of New Zealand's southern island.

The vet then sent it to Krista Hupman, a NIWA marine biologist, who kept it in a freezer for more than a year.

(Except for the headline, this story has not been edited by NDTV staff and is published from a syndicated feed.)
Comments
plastic pollutionsealNew Zealand