Scenes Of Bushfire-Razed Homes As Australia Braces For More Heatwaves 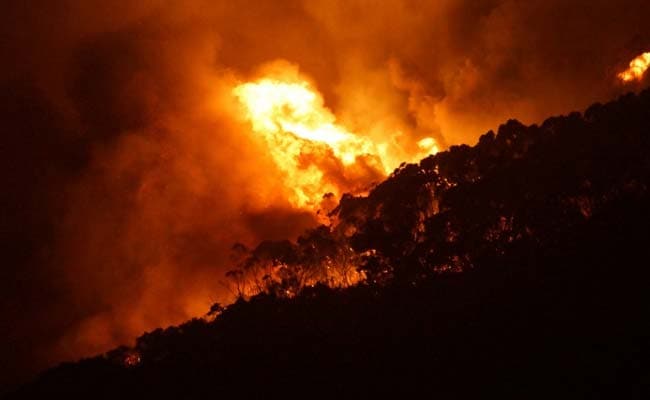 Melbourne: Residents returned today to charred homes after a Christmas Day bushfire in southern Australia destroyed more than 100 properties, with firefighters bracing for a new heat wave forecast in the lead-up to the new year.

Some 116 homes southwest of Melbourne in the wooded coastal area along the Great Ocean Road tourist drive were razed as about 500 firefighters battled to put out the inferno.

Scenes of burnt-out homes, blackened cars, fallen trees and downed power lines greeted residents allowed back into the zone to inspect their properties.

One of the lucky survivors was a koala bear, which was found unconscious by firefighters along a road as they fought the flames at the seaside towns.

It was nursed back to health and hand-fed water and gum leaves by Victoria Police officers, and has since reportedly been nicknamed Constable K. Bear.

Despite relief that no lives were lost and the end of the immediate fire threat to the towns, Victoria state authorities warned that some blazes -- while no longer an immediate threat -- would continue to burn for weeks.

"It's like a sleeping giant. The fire is still uncontrolled," incident controller Peter West told the Australian Broadcasting Corporation of the bushfires in one of the affected seaside towns, Lorne.

"You won't see flame and lots of smoke in the air but as it heats up over the next couple of days, you will start to see that occur again."

Temperatures were also set to soar again in the lead-up to the new year, rising to as high as 38 degree Celsius (100.4 Fahrenheit) in some parts of the state, according to the Bureau of Meteorology.

One resident, Tony Maly, recalled his horror as he watched his home and those around it go up in flames on Christmas Day.

"It was like the apocalypse," he told Melbourne's The Age newspaper late on Saturday.

"It was something I can't describe. It was like the world had come to an end. The colour of the sun itself was a bright orange."

"The first house that went up was right next to mine. Thirty minutes, it was gone... then the other house next to mine lit up, and I knew mine was gone."

Victoria endured devastating "Black Saturday" bushfires in 2009 that claimed the lives of 173 people.

Bushfires are a common feature of the Australian summer, with several people perishing so far this year from blazes across the country.