No stranger to controversy and headlines, Prince Alwaleed was the most high-profile detainee among 350 suspects rounded up since November 4 under a sweeping anti-graft campaign and held at Riyadh's luxury Ritz-Carlton Hotel. 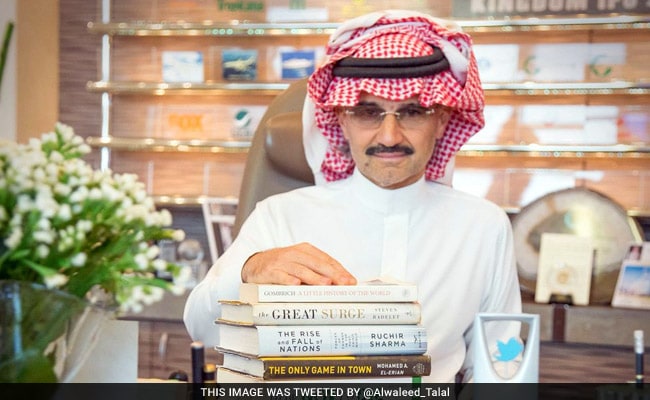 Dubai: Prince Alwaleed bin Talal -- the billionaire who has been released after nearly three months in detention -- has been dubbed the "Warren Buffett of Saudi Arabia" for his vast business interests.

No stranger to controversy and headlines, Prince Alwaleed was the most high-profile detainee among 350 suspects rounded up since November 4 under a sweeping anti-graft campaign and held at Riyadh's luxury Ritz-Carlton Hotel.

He is the latest in a series of detainees to be freed from the hotel, as the campaign launched by Crown Prince Mohammed bin Salman draws to a close.

Ranked among the richest men in the world, the 62-year-old investor is the grandson of two of the Arab world's most prominent figures: King Abdulaziz Al-Saud, the founder of modern Saudi Arabia, and Riad al-Solh, Lebanon's first prime minister.

Prince Alwaleed first burst into the business-meets-politics scene in the late 1980s, when he began building what was to become a global empire of banks, luxury hotels and media holdings.

Over the next decade, the prince cultivated an image as a canny investor, a proponent of Saudi modernisation and, eventually, a staunch critic of Donald Trump.

In 2015, he slammed Trump on Twitter for his rhetoric during the US presidential campaign, calling him a "disgrace to America" and urging him to drop out. In response, Trump ridiculed him on Twitter as a "dopey prince".

On the surface, the cousins appear to share the same views, both supporting increased rights for women in the kingdom. But reports of intense rivalry between the two have also long featured in royal circles.

Prince Alwaleed's arrest sent shock waves across a host of companies that count him as a major investor.

The Kingdom Holding Company -- in which the prince has a 95 percent stake -- owns The Savoy in London, the Fairmont Plaza and the famed George V hotel in Paris.

A Taste For Luxury

The prince, known for having a taste for luxury, has also invested in Lyft and Twitter.

Forbes estimates his worth at $18.7 billion, landing him in position number 45 on its list of billionaires last year.

He is also an active philanthropist who donates, by his own account, millions of dollars each year to charities.

An arch defender of women's rights in a country where women face a raft of restrictions, and an outspoken proponent of political reform, the prince has never made a secret of his views.

A vocal supporter of the five pillars or tenets of Islam, he has nonetheless blamed Saudi tradition for holding women back from advancing in society. He has said he once financed the flight training of an aspiring Saudi woman pilot.

The businessman spent his college years in upstate New York and northern California, earning a bachelor's degree in business from Menlo College in Silicon Valley and a master's degree in social science from Syracuse.

He first appeared on Forbes' list of billionaires in 1988, one year after the annual list was first published.