San Francisco's ban will resonate because of its identity as a friendly backyard for some of the world's most powerful tech firms, including Google and Facebook. 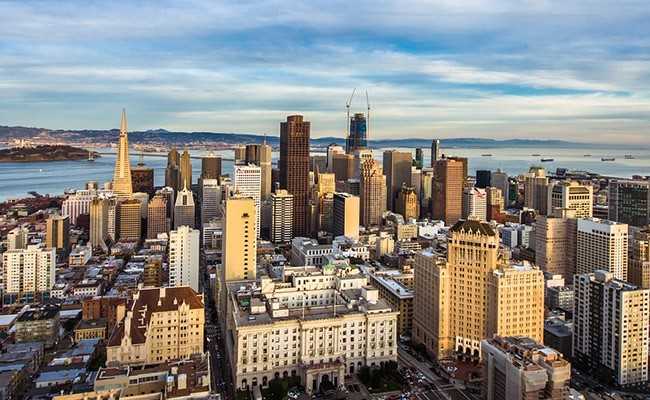 San Francisco ordinance will also require all new surveillance equipment to be approved by city leaders.

San Francisco on Tuesday became the first city in the U.S. to ban the use of facial-recognition software by city agencies and the police, dealing a swift symbolic blow to a key technology rapidly being deployed by law enforcement nationwide.

The 8-to-1 vote by the city's Board of Supervisors will forbid public agencies from using the artificial-intelligence software to find the identity of someone based on a video clip or photograph. Privacy and civil-rights advocates have worried that the capability could be misused for mass surveillance and possibly lead to more false arrests.

The law will not regulate local businesses, and the technology is still largely unregulated across the U.S. But San Francisco's ban will resonate because of the city's identity as a friendly backyard for some of the world's most powerful tech firms, including Google and Facebook, whose engineers have designed systems that can detect and recognize faces for business and consumer use.

"That a community where a lot of the folks are building facial recognition is the first to ban it is pretty telling of the dangers of the technology," said Jevan Hutson, a University of Washington law student who advocated for a facial-recognition moratorium in Washington, the home state of Amazon and Microsoft. (Amazon founder and chief executive Jeff Bezos owns The Washington Post.)

"For too long we've had this 'move fast, break things' model on the public side with surveillance," Hutson added. "We're reclaiming our ability to say no to technologies that deface democracy and our ability to live freely."

No federal laws govern the use of facial recognition nationwide, and more than 50 state or local police agencies across the country have at some point used facial-recognition systems in attempts to identify criminal suspects or verify identities.

Oakland, California, and Somerville, Massachusetts, have introduced bans similar to San Francisco's. A bipartisan bill introduced in the U.S. Senate in March would ban companies, but not governments, from collecting facial-recognition data without consent.

The San Francisco ordinance will also require all new surveillance equipment to be approved by city leaders, who could also seek measures "to verify that mandated civil rights and civil liberties safeguards have been strictly adhered to."

A second reading of the so-called Stop Secretive Surveillance ordinance is expected to be approved at an upcoming board meeting, when it will officially become law. Aaron Peskin, the San Francisco supervisor who introduced the bill earlier this year, has voiced concerns that facial-recognition technology could turn the city into a "police state."

The law could ratchet up tensions on companies such as Amazon who have sought to sell facial-recognition systems to police agencies, citing their potential benefits in finding missing children or pursuing criminals. Amazon investors will vote next week on a proposal that could block the company from selling its system, Rekognition, to government agencies.

Google has said it won't offer a general-purpose facial-recognition tool until it works through "important technology and policy questions." Microsoft has urged Congress to regulate the technology, saying companies should not be left to police themselves because of its "broad societal ramifications and potential for abuse."

Members of Congress, civil-rights groups and leading artificial intelligence researchers have called on Amazon and other companies to stop developing the technology for law-enforcement use. Studies have found that the systems perform less accurately on people of color, raising the risks of misidentification.

But the San Francisco law may not slow the growth of facial-recognition technology in schools, sporting arenas and airports, which have folded them into their gate areas for an additional layer of identify verification and surveillance. The Department of Homeland Security said last month that it wanted 97 percent of all departing air travelers to undergo a facial-recognition scan by 2023.