Samsung Talks to BlackBerry About US $7.5 Billion Buyout: Source 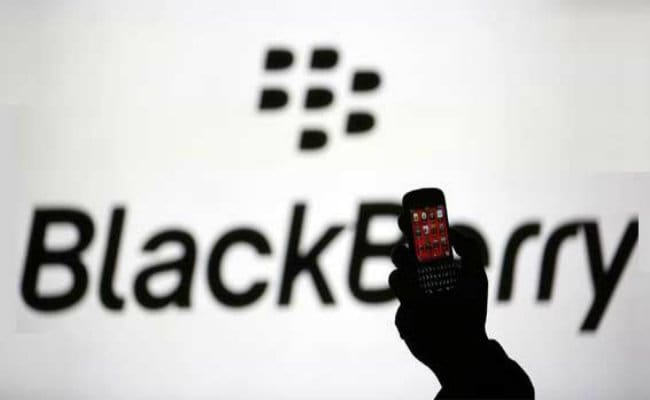 New York: Samsung Electronics recently offered to buy BlackBerry Ltd for as much as $7.5 billion, seeking its valuable patents as it battles Apple in the corporate market, according to a person familiar with the matter and documents seen by Reuters.

South Korea's Samsung proposed an initial price range of $13.35 to $15.49 per share, representing a premium of 38 percent to 60 percent over BlackBerry's current trading price, the source said on Wednesday.

Representatives from the two companies, which are working with advisers, met last week to discuss a potential transaction, the source said, asking not to be identified because the conversations are private.

The Waterloo, Ontario-based company said in a statement that it "has not engaged in discussions with Samsung with respect to any possible offer to purchase BlackBerry. Shares of BlackBerry, which soared nearly 30 percent following the Reuters report, fell back about 15 percent in after-hours electronic trading following the statement.

Samsung also told Reuters in Seoul that it has no plans to acquire Blackberry. "Media reports of the acquisition are groundless," a company spokeswoman said.

Separately on Wednesday, Canadian newspaper Globe and Mail reported BlackBerry has shunned a handful of takeover overtures in recent months as its board and largest investor think its restructuring strategy will deliver greater shareholder value than current acquisition offers.

The board believes offering prices, some in excess of $7 billion, fall well below BlackBerry's potential asset value in the next few years, according to the Globe and Mail report.

BlackBerry, a one-time investor darling that pioneered smartphones, has regained some of its lost swagger under Chief Executive John Chen, who is leading a bid to regain market share it has lost to Apple Inc, Google Inc and Samsung.

"BlackBerry is in such transition today, so any investment has been a bet on the future, so at this point Samsung is cutting in before that full future becomes a reality," said Morningstar analyst Brian Colello.

Samsung's strength as the No. 1 global smart phone marker has been built on making devices for the consumer market, which has become crowded in recent years. With a takeover of BlackBerry, Samsung could make greater inroads into the corporate market, where it has trailed rivals.

"How many Samsung phones do you see in offices? This would be Samsung's chance to get into the enterprise," said BGC Partners analyst Colin Gillis.

The bid would also face regulatory scrutiny in both Ottawa and Washington. Under Canadian law, any foreign takeover of BlackBerry would require government approval under the Industry Canada Act.

BlackBerry's secure networks manage the email traffic of thousands of large corporate customers, along with government and military agencies across the globe.

Samsung and its advisers also anticipate a complex approval process at the Committee on Foreign Investment in the United States (CFIUS), which reviews deals for national security implication, the documents reviewed by Reuters show.

Samsung thinks that acquiring less than 100 percent of BlackBerry, perhaps keeping part of it as a publicly traded entity with an independent board, could help secure easier CFIUS approval. But it doubts whether it can accomplish its strategic objectives with less than 100 percent ownership, the documents show.

In 2013, the Canadian government had strongly hinted to BlackBerry that any sale to China's Lenovo Group would be rejected due to security concerns, sources told Reuters at the time. Canadian Prime Minister Stephen Harper's office would not comment on the report on Wednesday but sources familiar with the Canadian government's thinking said a Samsung buyout was unlikely to raise such concerns.

"To get a hold of the BlackBerry network and all its secure features, that would be a real coup for Samsung, looking to differentiate themselves from Apple and from others," he said.

BlackBerry's patent portfolio is composed of roughly 44,000 patents, worth more than $1.43 billion in net book value as of August last year, although many analysts think they could be worth much more.

Edward Snyder, managing director of Charter Equity Research, said it made sense for Samsung to target BlackBerry's patents in its outgoing battle with Apple and others, and that it likely would need to bid for the whole company because BlackBerry management did not want to only sell specific assets.

"Samsung will have to buy the whole thing and then and shutter what they don't need," he said.

BlackBerry launched its long-awaited Classic model on Wednesday, hoping to help win back market share and woo customers still using older devices with a keyboard. The phone resembles its once popular Bold and Curve handsets.

In the third quarter, revenue at BlackBerry, which is increasingly focusing on providing services like secure corporate networks, fell to $793 million from $1.19 billion a year earlier, falling short of analysts' expectations of $931.5 million.

Shares of BlackBerry jumped as much as 30 percent on heavy volume in afternoon trading at $29.71 per share in New York.

The offer price would imply an enterprise value of $6 billion to $7.5 billion for BlackBerry, assuming conversion of $1.25 billion of convertible debt, according to the documents.

Promoted
Listen to the latest songs, only on JioSaavn.com
BlackBerry announced a high-profile security partnership with Samsung in November. The partnership will wed BlackBerry's security platform with the South Korean company's own security software for its Galaxy devices.