Jay Y. Lee, the 49-year-old heir to one of the world's biggest corporate empires, has been detained since February and was convicted by a lower court in August of bribing Park Geun-hye, who was dismissed as South Korea's president in March. 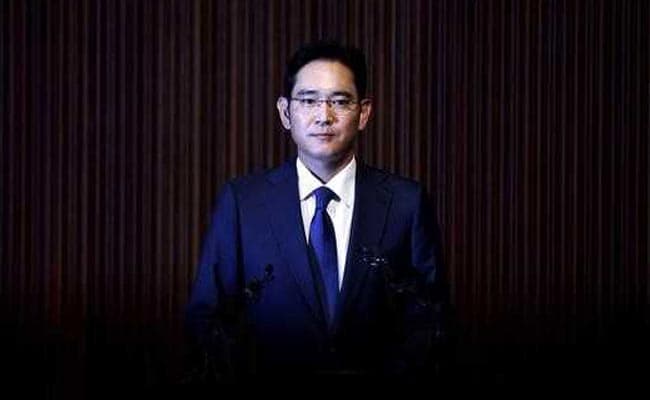 SEOUL: The heir to South Korea's Samsung Group, convicted of bribing the country's former president, on Wednesday denied allegations of wrongdoing as the appeals trial of his five-year jail term for corruption neared its end.

Jay Y. Lee, the 49-year-old heir to one of the world's biggest corporate empires, has been detained since February and was convicted by a lower court in August of bribing Park Geun-hye, who was dismissed as South Korea's president in March.

The court decided the bribe helped Lee strengthen his control of Samsung Electronics, the crown jewel in the conglomerate and one of the world's top technology firms.

Lee, looking relaxed in a dark suit and white shirt without tie at the ongoing appeals hearing, denied this charge and also denied recent allegations that he had met Park one-on-one four times, instead of the previously disclosed three times.

The Seoul High Court is expected to rule on the appeal in late January. Whichever side loses could take the case to the Supreme Court, the final court of appeal in South Korea.

The lower court in August had ruled that while Lee never asked for Park's help directly, the fact that a 2015 merger of two Samsung affiliates did help cement Lee's control over Samsung Electronics "implied" he was asking for the president's help to strengthen his control of the firm.

His lawyers have strongly challenged this logic since appeals hearings began in October.

Faced with investor worries of a leadership vacuum as Lee remains detained, Samsung appointed a new generation of top managers at its three main businesses including semiconductors in October.

Lee has been widely expected to follow in his father, Lee Kun-hee's, footsteps in the future. Lee Kun-hee, the chairman of the group, has been hospitalised since 2014.

Answering a prosecutor's question about his future as Samsung heir, Lee said: "I had been privately thinking that Chairman Lee Kun-hee will be the final person to have the title of Samsung Group chairman."

Promoted
Listen to the latest songs, only on JioSaavn.com
"I have often said that I want to be a businessman who is recognised for capability, not just for being someone's son, or for having a lot of shares."
© Thomson Reuters 2017