A month after launching the local version of McDonald's, diners who visited 'Vkusno i tochka' posted photos of the rotten food on social media. 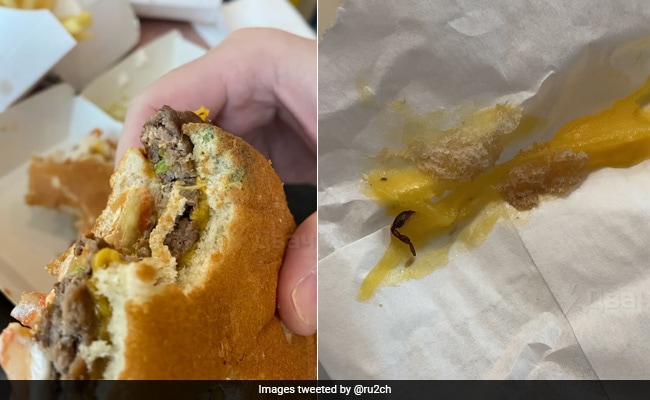 Russia relaunched a local version of the burger chain called Vkusno i tochka.

Russia's rebranded McDonald's has been serving mouldy hamburgers to their customers, according to images shared by social media users.

Amid the ongoing war in Ukraine, McDonald's pulled out of Russia earlier this year, following which the country relaunched a local version of the burger chain called ‘Vkusno i tochka' (Tasty and that's it). A quality manager at the new company, Alexander Merkulov, had stated that the composition of burgers has not changed and the equipment from McDonald's also remained the same.

However, a month after launching the local version of the fast-food chain, diners who visited ‘Vkusno i tochka' posted photos of the rotten food on social media.

The images show what appear to be insect legs and bugs in the burgers. Some pictures also documented mould on the buns of the hamburgers. Moreover, a user shared a video which showed birds pecking at a stack of burger buns outside an outlet.

In the response to the claims, a spokeswoman for the fast-food chain told Newsweek that “product quality and safety is our top priority. When storing and preparing products, all necessary procedures are followed.” The spokeswoman added, “We have already contacted the manufacturer for further clarification. And the entire batch, in which the product of inadequate quality was found, has been discarded.”

McDonald's was among the many companies that deserted the nation following the start of Russian President Vladimir Putin's invasion of Ukraine. It closed its restaurant on March 14 and stated in mid-May that it decided to leave the market. The Americal fast-food company had operated in Russia for three decades after the fall of the Soviet Union.

Also Read | What Next For Vladimir Putin In Ukraine Fight?

The chain was sold to Russian businessman Alexander Govor. He told Reuters that the fast-food company sold a record 120,000 burgers on its opening day last month. The rebranded chain retains the old McDonald's interior, however, there is no reference to its old name.

According to Oleg Paroev, chief executive of 'Vkusno i tochka', the company is planning to reopen all 850 outlets by the end of the summer.