Russian Tourist Killed By A Crocodile In Indonesia 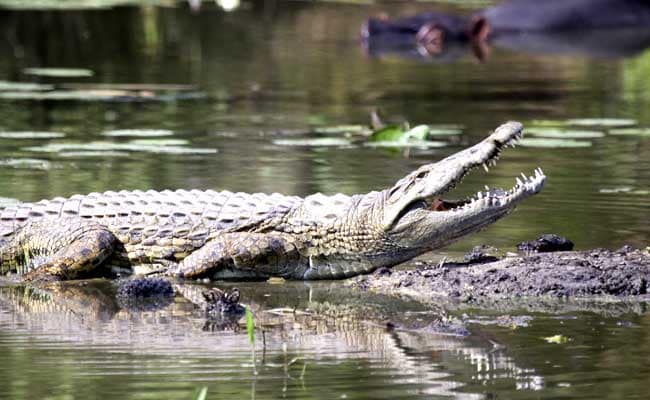 Death by crocodiles is not uncommon in Indonesia. (Representational Image)

Jakarta, Indonesia: A Russian tourist was mauled to death by a crocodile in a popular diving site in Eastern Indonesia, an official said Saturday.

The body of Sergey Lykhvar was discovered on Tuesday in Raja Ampat islands of West Papua, four days after he was reported missing.

Local search and rescue head Prasetyo Budiarto said Lykhvar was reported missing to the authorities last week, one day after he left to snorkel around the remote Minyaifun island.

Budiarto told AFP that rescuers spotted a large saltwater crocodile trailing behind Lykhvar's body when he was discovered.

"We believe he was killed by a crocodile judging from the missing body parts and the extent of his injuries," he said.

The 37-year-old normally snorkelled with his friends and a guide but decided go alone the morning before he was reported missing, Budiarto said.

He added that the location where Lykhvar's body was retrieved was quite remote, and dangerous because of the strong currents and sharp rocks.

The Russian tourist's body was later taken to Sorong, about a two-hour boat ride away from Raja Ampat. His was body cremated as per his family's request.

"We are still communicating with the Russian embassy, from what I've heard his family would come to pick up his ashes in Indonesia," Budiarto said.

The huge Indonesian archipelago is home to a vast array of exotic wildlife, including several species of crocodile.

Death by crocodiles is not uncommon in Indonesia but it is rare for foreign tourists to be killed.