Vladimir Putin had claimed Boshirov was a civilian, and on Russian TV, he himself said he visited Salisbury as a tourist. 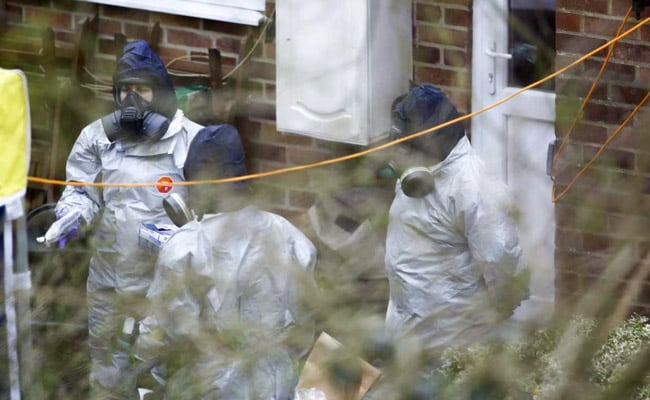 Sergei Skripal and his daughter were poisoned with the Soviet-era nerve agent on March 4.

A Russian man accused of poisoning former spy Sergei Skripal and his daughter in the UK, is a military officer who received an "honour" from President Vladimir Putin, an investigative website has revealed.

Following the attempted poisoning in March, UK investigators identified one of the two suspects as Ruslan Boshirov, the BBC reported on Thursday.

Putin had claimed Boshirov was a civilian, and on Russian TV, he himself said he visited Salisbury as a tourist.

But according to the British website Bellingcat, Boshirov is actually an intelligence officer by the name of Colonel Anatoliy Chepiga.

He has served in Chechnya and Ukraine was made a "Hero of the Russian Federation" in 2014.

The 39-year-old trained at one of Russia's elite academies and served with a special forces unit under the command of the GRU - Russia's military intelligence service, the website said in a report.

He earned more than 20 military awards for his service.

He is believed to have transferred to Moscow around 2009, where he was given a false identity as Ruslan Boshirov and has been working undercover for the past nine years, the report added.

In December 2014, he was made a Hero of the Russian Federation. The medal, awarded in a secret ceremony, is typically handed out by the Russian President, the BBC quoted the report as saying.

However, Russian Foreign Ministry spokeswoman Maria Zakharova dismissed the new claims, saying there was no evidence.

Skripal, who sold secrets to British intelligence agency MI6, and his daughter Yulia were poisoned with the Soviet-era nerve agent Novichok on March 4.

Both Skripal and his daughter survived.