The issue can only be resolved through diplomatic dialogue, India said at the UN. 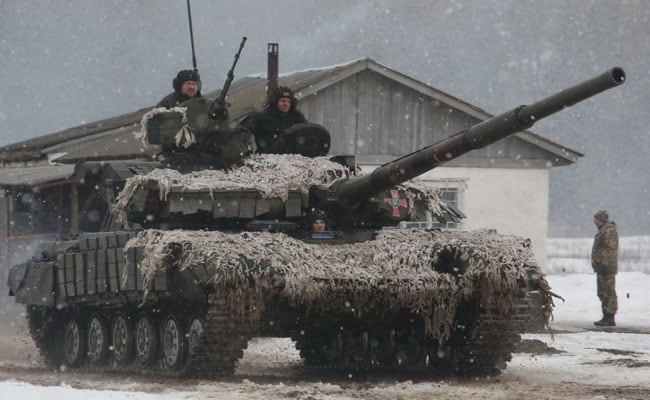 "The well-being of Indian nationals is of priority to us," India said at the UN.

Facing bitter criticism from the West on Ukraine, the Russian embassy in India welcomed India's "balanced, principled and independent approach" at the United Nations Security Council Briefing on the implementation of the Minsk Agreements on Ukraine. India has said that "quiet and constructive" diplomacy is the need of the hour and any steps that increase tension "may best be avoided by all sides" in the larger interest of securing international peace and security.

The issue can only be resolved through diplomatic dialogue, India said at the UN.

"We welcome #India's balanced, principled and independent approach," the Russian embassy tweeted while resharing a video clip from the Permanent Mission of India to the United Nations in New York.

Ambassador T. S. Tirumurti, Permanent Representative of India to the United Nations, said that India welcomes the efforts underway for the implementation of the Minsk Agreements, including through the Normandy format which involves Germany, Russia, Ukraine and France. The agreements provide a basis for a "negotiated and peaceful settlement" of the situation in Eastern Ukraine, he said.

India has urged all parties to continue to engage through "all possible diplomatic channels" and keep working towards the full implementation of the agreements.

The Minsk Agreements, named after the Belarus capital where they were struck in 2014 and 2015, sought to end the war between the Ukraine government and the Russian-speaking secessionists in Eastern Ukraine. They have so far remained unimplemented, largely because Russia denies that it is a party to the conflict or has any armed formations and military equipment in the disputed regions.

India also welcomed the recent meetings of political advisors of the Normandy format countries in Paris and Berlin.

Ambassador Tirumurti said that India's interest is in finding a solution that can provide for "immediate de-escalation of tensions" taking into account the legitimate security interests of all countries.

"The well-being of Indian nationals is of priority to us," he said.

Russia has been bitterly criticised by the West for massing troops at the Ukrainian border and in annexed Crimea. The UK government on Thursday warned the Kremlin against formally recognising two pro-Moscow separatist territories in Ukraine, days after the Russian parliament voted to urge President Vladimir Putin to do so.

"The Duma's request that Vladimir Putin recognises the Ukrainian regions of Donetsk and Luhansk as independent shows flagrant disregard for Russia's commitments under the Minsk agreements," British Foreign Secretary Liz Truss said in a statement.

Russia has reportedly issued passports to hundreds of thousands of residents of the separatist-held enclaves, where Ukraine government troops have been battling insurgents in a conflict that has claimed more than 14,000 lives since 2014.

Meanwhile In Kyiv, Ukrainian Foreign Minister Dmytro Kuleba warned that if Russia moved to recognise the rebel territories as independent, "Russia de facto and de jure will withdraw from the Minsk agreements with all the attendant consequences".

Russia has blamed the current crisis on Kiev's alleged violations of the cease-fire agreement reached in the 2015 Minsk accords.