It is not clear who was responsible for the attack as both Russia and Ukraine possess incendiary weapons. 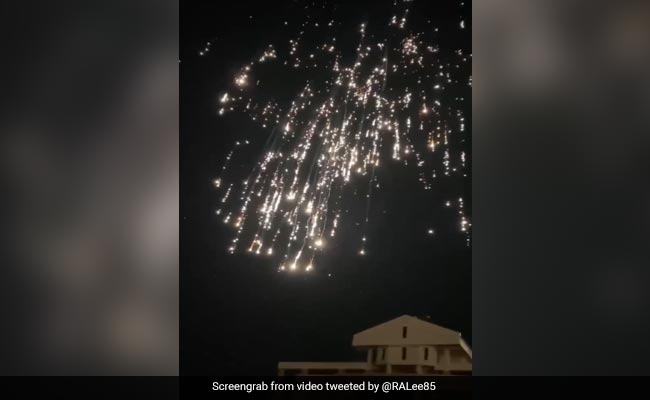 Incendiary weapons can set fire to objects, cause burns or respiratory injury to people.

Ever since Russia invaded Ukraine, it has concentrated on capturing the Donetsk and Luhansk province that make up the Donbas region, where pro-Moscow separatists have proclaimed independence. Now, amid the ongoing war in Eastern Europe, a video showing thermite munitions raining down from the sky in Donetsk has surfaced online.

Shared on Twitter, the clip shows white streaks lighting up the night sky as they fell in the region. "There are a number of videos showing what looks like incendiary munitions used on Donetsk tonight," Rob Lee, a Russian defence policy strategist at King's College London's Department of War Studies, wrote in the caption while sharing the video.

Take a look at the clips below:

There are a number of videos showing what looks like incendiary munitions used on Donetsk tonight. https://t.co/uIOorlZ0ydhttps://t.co/8zAfGo7pI1pic.twitter.com/Pz8JFgxqwm

Incendiary weapons contain flammable materials that can set fire to objects or cause burns or respiratory injury to people. The fires produced by the weapon itself or ignited by it are difficult to contain. The incendiary weapons are often described as "area weapons" as they can impact a broad region.

It is not clear who was responsible for the attack as both Russia and Ukraine possess incendiary weapons.

Meanwhile, Russia's invasion of Ukraine in February has killed thousands and displaced millions. The war entered its sixth month on Sunday but there are still no signs of a let-up in the fighting.

Over the weekend, a Ukrainian official announced that the country's southern region of Kherson would be recaptured by Kyiv's forces by September. Russia, on the other hand, has announced plans to investigate war crimes it claims have been committed by Ukrainian forces. Moscow proposed a new international tribunal that would handle the investigation.