Ukraine pressed ahead on Sunday with efforts to restart grain exports from its Black Sea ports under a deal aimed at easing global food shortages. 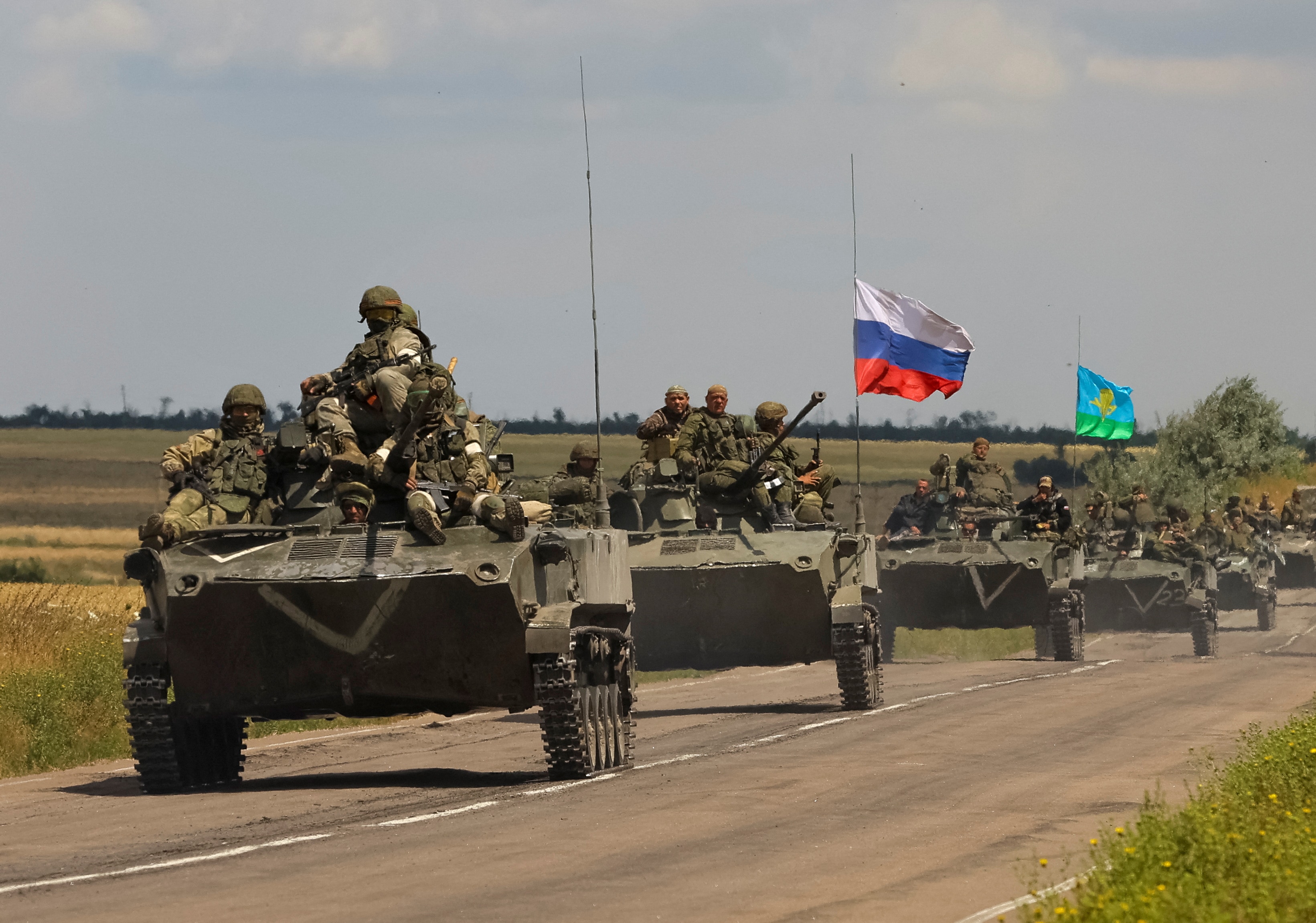 Ukraine pressed ahead on Sunday with efforts to restart grain exports from its Black Sea ports under a deal aimed at easing global food shortages but warned deliveries would suffer if a Russian missile strike on Odesa was a sign of more to come.

President Volodymyr Zelenskiy denounced Saturday's attack as "barbarism" that showed Moscow could not be trusted to implement a deal struck just one day earlier with Turkish and United Nations mediation.

The Ukrainian military, quoted by public broadcaster Suspilne, said the Russian missiles did not hit the port's grain storage area or cause significant damage. Kyiv said preparations to resume grain shipments were ongoing.

"We continue technical preparations for the launch of exports of agricultural products from our ports," Infrastructure Minister Oleksandr Kubrakov said in a Facebook post.

According to the Ukrainian military, two Kalibr missiles fired from Russian warships hit the area of a pumping station at the port and two others were shot down by air defence forces.

Russia said on Sunday its forces had hit a Ukrainian warship and a weapons store in Odesa with its high-precision missiles.

The deal signed by Moscow and Kyiv on Friday was hailed as a diplomatic breakthrough that would help curb soaring global food prices by restoring Ukrainian grain shipments to pre-war levels of 5 million tonnes a month.

But Zelenskiy's economic advisor warned on Sunday the strike on Odesa signalled that could be out of reach.

"Yesterday's strike indicates that it will definitely not work like that," Oleh Ustenko told Ukrainian television.

He said Ukraine could export 60 million tonnes of grain over the next nine months, but it would take up to 24 months if its ports' operations were disrupted.

As the war entered its sixth month on Sunday there was no sign of a let-up in the fighting as Russia announced plans to investigate war crimes it claims have been committed by Ukrainian forces.

The Ukrainian military reported Russian shelling in the north, south and east, and again referred to Russian operations paving the way for an assault on Bakhmut in the eastern Donbas region.

The military said in a Sunday evening briefing note that the Russians continue efforts to assert control of the area around the Vuhlehirsk power plant, which is 50 kilometres (31 miles) north-east of Donetsk. The note also listed several dozen settlements along the entire front line which it said had been shelled by Russia in the past 24 hours.

Four Russian Kalibr cruise missiles fired from the Black Sea and aimed at the western Khmelnytskiy region were shot down on Sunday, the Ukrainian air command reported.

While the main theatre of combat has been the Donbas, Ukraine's military said its forces have moved within firing range of Russian targets in the occupied eastern Black Sea region of Kherson where Kyiv is mounting a counter-offensive.

Reuters could not immediately verify the battlefield reports.

Moscow has charged 92 members of Ukrainian armed forces with crimes against humanity and proposed a new international tribunal that would handle the investigation, Alexander Bastrykin, the head of Russia's investigative committee, said in remarks published overnight.

The announcement comes after the United States and more than 40 other countries agreed on July 14 to coordinate investigations into suspected war crimes in Ukraine, with the bulk of the claims concerning alleged actions by Russian forces and their proxies.

The strikes on Odesa drew condemnation from the United Nations, the European Union, the United States, Britain, Germany and Italy.

Friday's deal aims to allow safe passage in and out of Ukrainian ports, blocked by Russia's Black Sea fleet since Moscow's Feb. 24 invasion, in what one U.N. official called a "de facto ceasefire" for the ships and facilities covered.

Ukraine and Russia are major global wheat exporters and the blockade has trapped tens of millions of tonnes of grain, worsening global supply chain bottlenecks.

Along with Western sanctions on Russia, it has stoked food and energy price inflation, driving some 47 million people into "acute hunger," according to the World Food Programme.

Moscow denies responsibility for the food crisis, blaming the sanctions for slowing its food and fertiliser exports and Ukraine for mining the approaches to its ports.

Ukraine has mined waters near its ports as part of its war defences but under Friday's deal pilots will guide ships along safe channels.

A Joint Coordination Center staffed by members of the four parties to the agreement will monitor ships passing the Black Sea to Turkey's Bosporus Strait and on to world markets. All sides agreed on Friday there would be no attacks on them.

Putin calls the war a "special military operation" aimed at demilitarising Ukraine and rooting out dangerous nationalists. Kyiv and the West call this a baseless pretext for an aggressive land grab.