In A First, Russia Admits Casualties Among Forces Invading Ukraine

Ukraine War: This was the first time Russia had spoken about losing men in Ukraine since Putin launched the invasion last week. 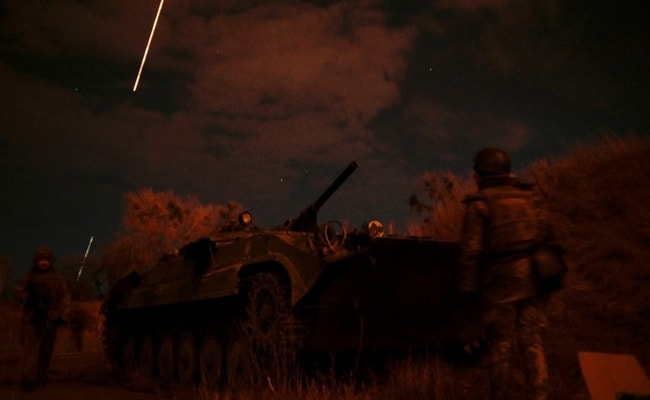 Ukraine War: "Unfortunately, there are killed and injured among our comrades," said Russian army.

Russia's army admitted Sunday that there were "killed and injured" soldiers among its troops in Ukraine on the fourth day of its invasion, without saying how many had died there.

"Unfortunately, there are killed and injured among our comrades."

This was the first time Moscow had spoken about losing men in Ukraine since President Vladimir Putin launched the invasion in the early hours of Thursday.

Konashenkov said the Russian army would return Ukrainian prisoners of war "who surrender" to their families.

Fighting in Ukraine has claimed dozens of civilian lives, forced hundreds of thousands to flee their homes and turned Russia into a global pariah.

Ukraine said it had agreed to send a delegation to meet Russian representatives at the border with Belarus, which has allowed Russian troops passage to attack Ukraine, insisting there were no pre-conditions to the talks.