It is their first trip to Ukraine since the Russian invasion of the country launched on February 24. 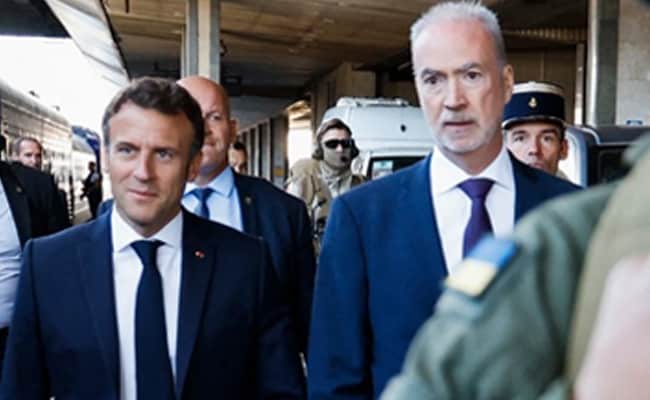 France's President Macron said the visit is meant to show "support" to Ukraine.

AFP images showed the leaders descend from the train onto a platform in the Ukrainian capital.

Asked by a journalist why he had come to Ukraine, Macron said: "For a message of European unity".

It is their first trip to Ukraine since the Russian invasion of the country launched on February 24.

The trio is due to meet President Volodymyr Zelensky.

The visit comes as Ukraine is pushing to be given official candidate status to join the European Union.

Macron said the visit is meant to show "support" to Ukraine "both for the present and the future."

The trio had travelled onboard a special train that left Poland in the early hours of Thursday.

German media said they had met "in the night" in Poland's south-eastern city of Rzeszow, which has an international airport.

They arrived separately and met on board shortly after the train's departure.

The French leader had just finished a visit to Moldova, one of Ukraine's neighbours.

Other Western leaders have also visited Kyiv in recent weeks, after the Russian army retreated from its advance on the Ukrainian capital at the start of its invasion.