Shi'ite Popular Mobilization Forces (PMF) said in a post on Facebook that its director of public relations was killed in what it described as "cowardly US bombing." 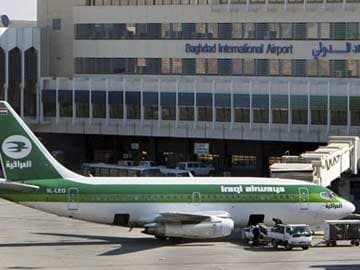 At least one person was killed and nine wounded. (File Photo)

At least eight people were killed in a rocket attack on Baghdad airport, Iraqi security sources said Friday, days after a pro-Iran mob laid siege to the American embassy.

"Three rockets hit the international airport in Baghdad," said a statement from the Iraqi military, adding that two cars exploded.