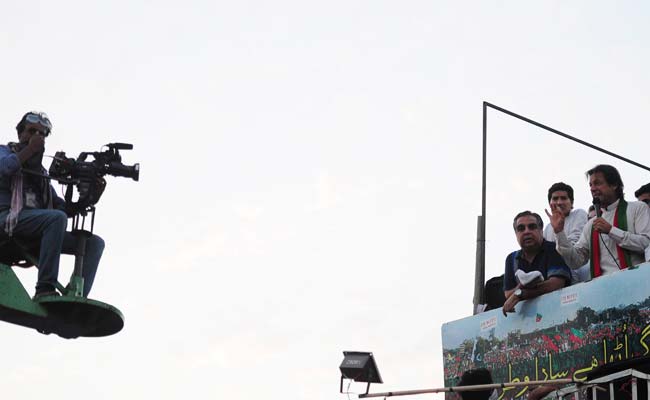 Mr Hashmi had last night refused to join the march towards Prime Minister's House, saying it was against the collective party decision and would result in bloodshed.

"The decision to march to parliament was taken by Mr Khan himself in violation of party decision," he said.

"This kind of behaviour is not seen in any country in the world, where people pick up sticks and protest outside the PM House," Mr Hashmi said, adding that Mr Khan's decisions would lead to the imposition of martial law in the country.

Mr Khan hit back by expelling Mr Hashmi from the party.

The expelled PTI lawmakers include Gulzar Khan from Peshawar, Nasir Khan Khattak from Karak and Mussarat Ahmedzed from Swat.

Promoted
Listen to the latest songs, only on JioSaavn.com
The internal problems have surfaced at a critical time when the PTI is going through its biggest challenge.

The party has demanded that Mr Sharif step down and its workers are engaged in massive protests in the heart of capital Islamabad.