Richard Ernst was awarded a Nobel "for his contributions to the development of the methodology of high resolution nuclear magnetic resonance spectroscopy" in 1991. 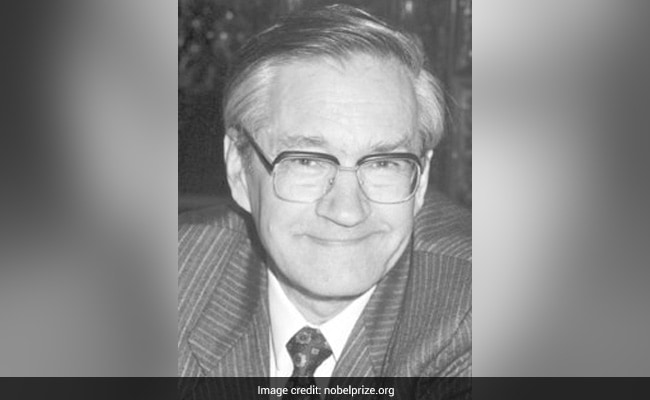 Richard Ernst, who won the 1991 Nobel Prize in Chemistry for developing the nuclear magnetic resonance (NMR) spectroscopy, has died at the age of 87, the ETH Zurich university announced Tuesday.

Ernst died on Friday in Winterthur, the city outside Zurich where he was born in 1933.

NMR spectroscopy can be used to study the interaction of atoms and their neighbouring atoms in molecules, said ETH, the Swiss Federal Institute of Technology.

Scientists use the method to determine the three-dimensional structure of molecules.

"As a further development of NMR, Ernst also laid the foundations for magnetic resonance imaging (MRI)," which depicts tissue and organs in the body, ETH said.

"It is impossible to imagine modern medicine without it."

Ernst studied chemical engineering at ETH Zurich in the 1950s and received his doctorate in physical chemistry in 1962.

He worked in the private sector in the United States before returning to ETH as a professor.

He was awarded a Nobel "for his contributions to the development of the methodology of high resolution nuclear magnetic resonance spectroscopy", his citation said.

"NMR spectroscopy has during the last 20 years developed into perhaps the most important instrumental measuring technique within chemistry.

"This has occurred because of a dramatic increase in both the sensitivity and the resolution of the instruments, two areas in which Ernst has contributed more than anybody else."

The citation said NMR spectroscopy was used within practically all branches of chemistry, at universities as well as in industrial laboratories.

Ernst is one of eight Swiss scientists who have received the Nobel chemistry prize. He invested a large part of the prize money into his Tibetan art collection.

Besides the Nobel, Ernst was awarded 17 honorary doctorates.

"He had never intended his research to be the exclusive reserve of the ivory tower of academia, but wanted it to be used in the development of meaningful and useful applications," said ETH.

He is survived by his wife and three children, the Swiss news agency ATS said.

ETH president Joel Mesot said: "He put the greatest of passion into his research into the fundamentals of chemistry, and was forever thinking of ways it could be applied in our everyday lives.

"Thanks to MRI technology, we are repeatedly reminded of Richard Ernst's achievements."