Residents Of An Exclusive San Francisco Street Didn't Pay Their Taxes. So Someone Bought Their Street.

The homeowners on the San Francisco street are looking to challenge that luck and win it back. 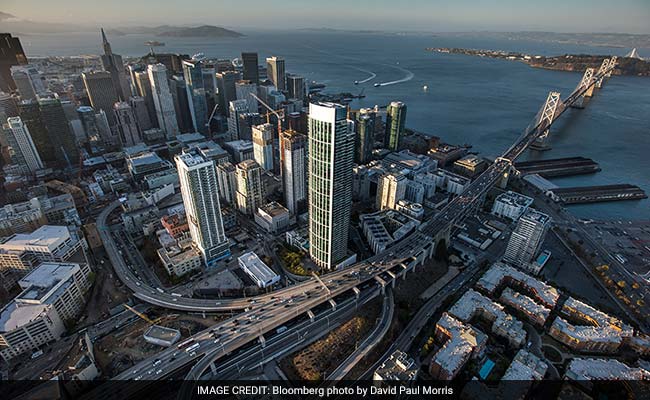 In an city like San Francisco, homes on Presidio Terrace are in their ow league. (Representational)

Can you buy a city street? Is that even possible?

Residents on Presidio Terrace, the oval-shaped privately owned street commonly known as one of the most exclusive communities in San Francisco, learned the answer the hard way.

"Rich #SanFrancisco residents get a shock: Someone bought their street. via @matierandross

Tina Lam and Michael Cheng of San Jose said that in 2015 they were looking at parcels being auctioned online by San Francisco's tax office when they saw a description of "this odd property in a great location."

"Part of Pacific Heights, the right location, land in a good neighborhood. We took a chance," Cheng told the San Jose Mercury News. He said they bought the land sight-unseen, beating out 73 other bidders and dropped $90,000 for the street and its common areas.

In an expensive city, the homes on Presidio Terrace are in a league of their own. One had an asking price of $16.9 million last year, which dropped by $2 million. It's a steep price to be neighbors with the likes of Sen. Dianne Feinstein and House Democratic leader Nancy Pelosi, who have called the street home.

Lam and Cheng are now the owners of the common space of Presidio Terrace, which includes its sidewalks, garden islands, leafy palm trees and other lush greenery beautifying the homes of 35 mega-mansions after the association that manages the common areas failed to pay property taxes going back decades, the San Francisco Chronicle reported.

"We just got lucky," Cheng, a real estate investor, told the Chronicle about the April 2015 sale.

The homeowners on the street are looking to challenge that luck and win it back, according to court filings.

The Presidio Homeowners Association, which has maintained the space since 1905, blames a wrong address for the misdirected tax bills at $14 a year, bound for an accountant who had not worked for the association since the 1980s. The debt grew to $994, and the street was sold to recoup additional fees and penalties.

But the association did not know the back taxes threatened ownership of the street, the suit against Lam said. No notices were posted on the street, and no one on Presidio Terrace knew it changed hands until May 2017, when an investor representing Lam asked if the association wanted to buy it back, according to the suit.

"I was shocked to learn this could happen, and am deeply troubled that anyone would choose to take advantage of the situation and buy our street and sidewalks," said one homeowner, who asked The Chronicle not to be named because of pending litigation.

Scott Emblidge, the association's attorney, issued a statement to the Mercury News calling Lam and Cheng "savvy real estate professionals" who waited for over two years to approach the homeowners' group, "presumably so the property sale would be more difficult to rescind."

Cheng and Lam "would like to exploit a bureaucratic oversight to their advantage," the statement said.

The homeowners petitioned the city's tax office board of supervisors for a hearing to rescind the tax sale, which is set for October, the Chronicle reported.

Cheng did not immediately respond to requests for comment.

It is not clear why no one in the association noticed the lapse in tax collections. There are 181 private streets in San Francisco, the Chronicle reported, and the owners must pay taxes on all of them.

"Ninety-nine percent of property owners in San Francisco know what they need to do, and they pay their taxes on time - and they keep their mailing address up to date," said Amanda Fried, a spokeswoman for the city's treasurer and tax collector, the Chronicle reported.

"There is nothing that our office can do" about the sale, she said, adding that to her knowledge the San Francisco Board of Supervisors "has never done a hearing of rescission."

Lam and Cheng could rent out the 120 parking spaces to residents to start making their investment back, an idea suggested by others, the Mercury News reported.

"As legal owners of this property, we have a lot of options," Cheng said, adding that nothing has been decided yet.

If the association stopped paying taxes earlier in the 20th century, the Taiwan-born Cheng would have been shut out of the sale until after World War II. That's when a 1948 Supreme Court ruling banned segregated neighborhoods. Until then, Presidio Terrace was whites only.

In a story with more twists than Lombard Street, it was a surprise to learn that, Cheng told the Chronicle.

"The more we dug into this, the more interesting it got," he said.

(This story has not been edited by NDTV staff and is auto-generated from a syndicated feed.)
Comments
Presidio TerraceTina LamMichael Cheng