The man, whose name has not been made public, was live broadcasting from the snow-covered upper reaches of Mount Fuji on Monday afternoon when he appeared to slip and begin falling. 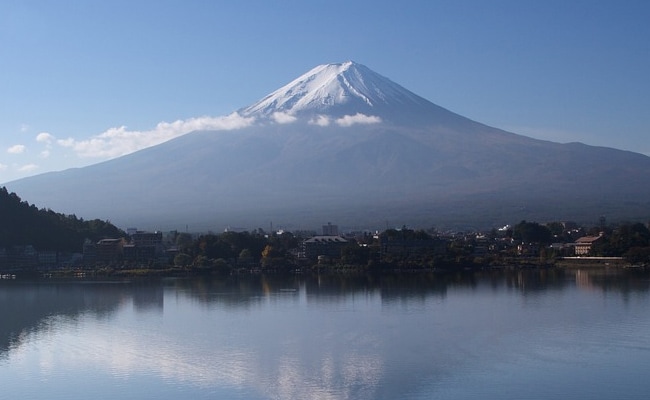 Temperatures were well below freezing near the top of the 3,776-metre volcanic mountain.

Rescuers in Japan are searching for a man who appears to have fallen down part of Mount Fuji as he was live-streaming his climb up the country's highest peak, police said Wednesday.

The man, whose name has not been made public, was live broadcasting from the snow-covered upper reaches of Mount Fuji on Monday afternoon when he appeared to slip and begin falling.

He could be seen tumbling downwards for several seconds before the stream cut out, and local media said people watching online first alerted authorities to the apparent accident.

A team of ten rescue workers began searching for the man early Tuesday, a spokesman for the local Shizuoka police told AFP.

The man had been complaining of freezing temperatures, deep snow, steep slopes and slippery surfaces in the final minutes of his broadcast.

Several viewers commented on the feed, warning the situation appeared dangerous, but he pushed on.

Footage of the climb and his fall have been taken down from the site he was using to livestream.

Temperatures were well below freezing near the top of the 3,776-metre (12,388-foot) volcanic mountain Tuesday night.

Every year hundreds of thousands of people climb Mount Fuji, regarded as a holy mountain in Japan.

The official climbing season runs from the start of July to the end of August. Outside this period, lodges and toilets are shut yet climbing is not prohibited.

"Live broadcasting while climbing is dangerous as it could distract you. You should never do it," he told national broadcaster NHK.

Snow-capped for most of the year, the mountain's summit is regarded as dangerous during the off-season due to its steep slopes and constant gusts.

The conical-shaped mountain, some 100 kilometres (60 miles) west of Tokyo, was declared a UNESCO World Heritage site in 2013.