Report From The World's Longest Flight: It Was Brutal, But Better

Traveling to the world's opposite time zone is never going to be entirely painless. Doing it in business class -- and there are no economy seats on this almost 18-hour flight -- reduces a lot of the trauma. 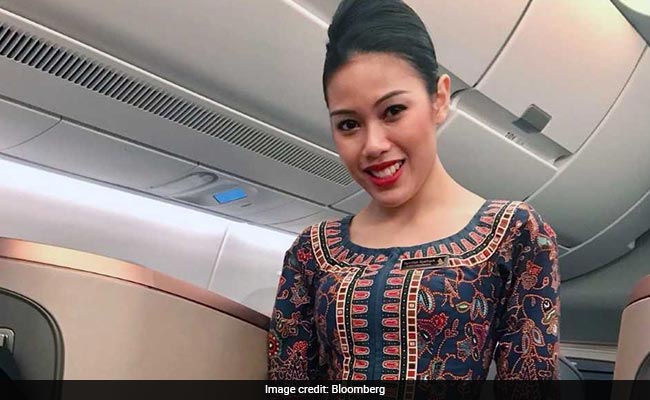 Getting from Singapore to New York in one hop is better than a layover-even if it involves taking the world's longest flight.

That's my jetlagged verdict after disembarking from Singapore Airlines' Flight 22, the return of the carrier's Changi-to-Newark, New Jersey, journey after a five-year hiatus.

The final quarter of the 10,400-mile trek was tedious, I must say. By hour 14, somewhere over Canada, the fancy new Airbus A350-900 Ultra Long Range was starting to feel like a luxurious prison. My skin was parched, and I couldn't help trying to think of other scenarios in which that many people in a confined space would collectively go so long without a shower. Even the thought of another mimosa couldn't get me enthusiastic about still being airborne.

But traveling to the world's opposite time zone is never going to be entirely painless. Doing it in business class -- and there are no economy seats on this almost 18-hour flight -- reduces a lot of the trauma. And in comparison with the other options to get from Singapore to the Big Apple-flying via hubs in North Asia, Europe, or the U.S. West Coast-this route is definitely preferable. I will choose it for New York work trips from now on.

Here's what a coddled business traveler needs to know.

Starting next week, flights will depart daily from Singapore late in the evening local time, and leave Newark for the return journey midmorning. This means you need to stay another night in the New York area compared with Singapore Air's flight with the Frankfurt layover, which departs John F. Kennedy International Airport in the evening.

SQ22 cuts about five hours off the trip compared with the route through Germany, which includes a layover of about two hours. More importantly, not having to get off the plane gives you more flexibility on when you sleep, eat and work. I stayed up for the first meal and fell asleep around 2:30 a.m. Singapore time (2:30 p.m. EDT), slightly closer to the time zone where I was going.

Regular Singapore Airlines business-class fliers will recognize the 67 comfortable and stylish seats from the regular A350-900s, which ply routes including Singapore-Melbourne and Singapore-San Francisco. They're spacious, though not excessively so, with a width of 28 inches. The pitch-the distance between a point on a seat and the same point on the seat in front of it-is 60 inches, and the seat flips forward to convert into a 78-inch bed. You can keep a small bag near your feet and there's a storage bin in the right-hand console, as well as another next to the in-flight entertainment screen. 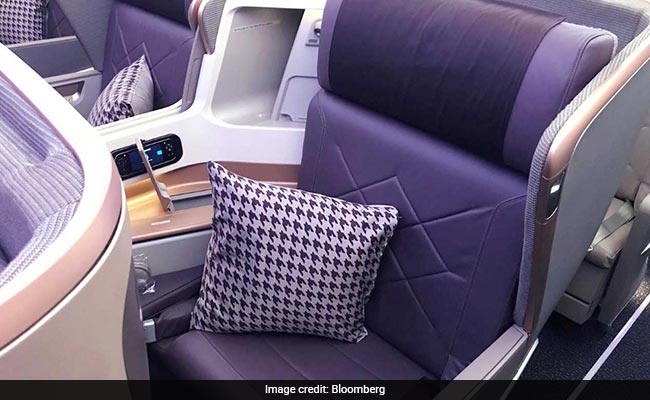 They're spacious, though not excessively so, with a width of 28 inches.

I was in seat 12D. I would recommend booking as far forward in the first business class cabin as possible-being near the front galley is a minor issue as most of the food and drink service is conducted from the middle one. The middle front-row seats (11D and 11F) have more leg space, and those are my top picks if you can live without a window seat. Row 19 at the front of the second cabin has the same benefit, though that is also where the bassinets are located, so proceed at your own peril.

The addition of a mattress topper makes the bed noticeably more comfortable than the same seat on other routes. The foot cubby remains quite small though, and sleeping on a diagonal angle feels a little weird. That said, I managed 6 1/2 hours of almost continuous rest, disrupted only by turbulence, and felt good when I woke up.

The cabin ambiance was pleasant, with subtle lighting and relatively low noise levels. Not having overhead bins above the middle seats in business class gives an airy feel. The carrier says the air quality is better due to "a more optimized cabin altitude and humidity levels." But while my eyes didn't feel as gritty as they usually do after long-haul flights, my skin still suffered. 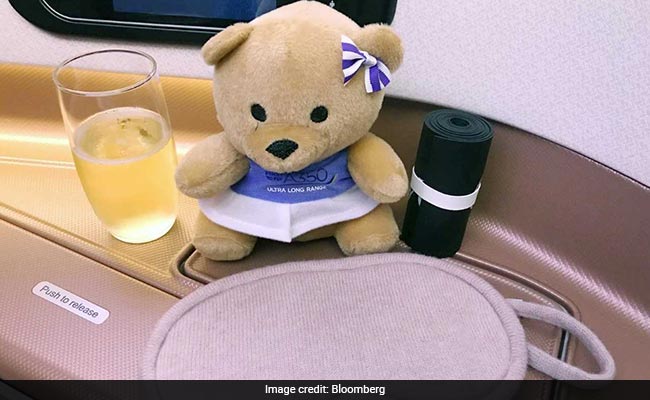 The cabin ambiance was pleasant, with subtle lighting.

Gripes: There's no skybar/lounge, and the space around the galleys is too tight to stand and stretch without getting in the way. Bathrooms are small and quite spartan. There are only four for the business-class cabins, and three for the 94 seats in premium economy. So when everyone wants to change into and out of their (self-supplied!) sleepwear, be prepared to wait.

Supper, served about 1 1/2 hours after takeoff, was a main with fruit as a dessert. I had the lobster thermidor from the Book the Cook menu for its nostalgia and novelty value. (It's pretty tasty, even though it fails on every diet front.) This must be ordered 24 hours before the flight. On-board options included pan-seared snapper fillet and steamed lobster dumplings in superior soup.

The showstopper main meal was served about 11 hours into the flight, though you can change the timing if you prefer. This was the full Singapore Airlines performance: satay, appetizer, main, dessert, cheese, chocolates, served with Charles Heidsieck champagne and a wide range of wines and cocktails. Everything I ate was delicious and beautifully presented. 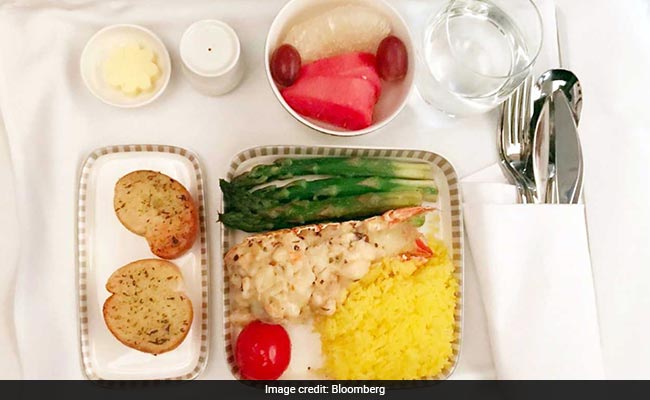 The lobster thermidor from the Book the Cook menu.

If that sounds too gluttonous there's a "wellness" option designed by Canyon Ranch, thankfully the only page of the menu where the calories are printed next to the food. (Prawn ceviche appetizer, 207; braised pork, 368; and French apple frangipane tart, 152.)

You can also order from a "refreshment" menu throughout the flight, with choices from noodles to Greek yogurt and granola parfait.

Singapore Airlines is known for the professionalism of its cabin crew members and they didn't disappoint: They were thoughtful, warm and efficient. While the flights from now on will no doubt feature fewer crew members who are recognizable from the safety video and other airline branding, in dozens of experiences with the carrier, I have yet to have one where I would rate the service as poor.

There are WiFi and in-flight roaming options to get online, including "all you can eat" roaming data packages available to people on a phone plan with two big Singapore telecommunications providers. If you plan to work on board, it's important to note that on the North Pacific route (which we took on the first flight) there's a WiFi blackout of about two hours 15 minutes, starting around the 11th hour. I also had issues connecting outside those times, as did other passengers nearby, though I can't say if that was due to the number of data-hungry journalists on board.

For entertainment there's the airline's extensive selection of movies, TV shows and music, with an extra 200 hours of content for this flight. I wasn't jazzed about this month's movie selections (where was "Crazy Rich Asians"?), but with 130 titles in the "Hollywood and More" section alone, it seems ridiculous to complain.

Singapore Airlines doesn't usually give amenity kits, but for the first three months on this route, passengers get their selection of lip balm, hand cream, fabric spray and stain remover, which are offered after takeoff. Eye masks, socks and slippers are also given to each passenger and the usual business-class amenities (facial mist, toothbrushes etc.) are in the bathrooms.