The initiative aims to draw attention to the issue of overtourism by closing major parts of the islands for maintenance, from April 16 to 17, 2020, opting instead to host 100 volunteers for the weekend. 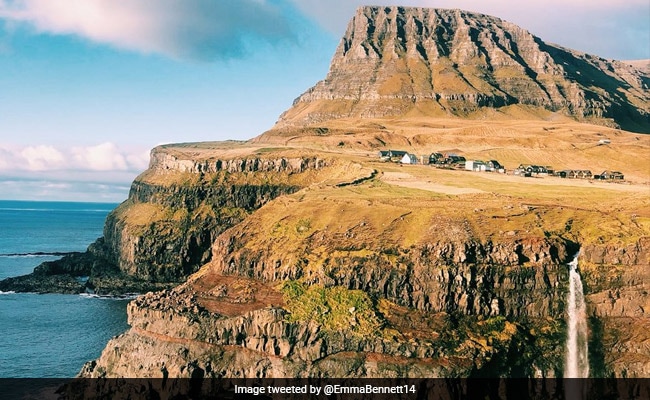 It's not every day that a tourism board tells the traveling public to stay away from the destination it works to promote. But Visit Faroe Islands is doing just that with its decision to limit tourist access to the island chain, a territory of Denmark, this spring.

The initiative aims to draw attention to the issue of overtourism by closing major parts of the islands for maintenance, from April 16 to 17, 2020, opting instead to host 100 volunteers for the weekend. The tourism board debuted the "Closed for Maintenance" project this year, resulting in "unprecedented success."

Interestingly enough, overtourism isn't a problem for the Faroe Islands - at least not in the same way that places like Rome or Thailand's Maya Bay face. The increasingly popular destination in the North Atlantic Ocean, with a population of about 50,000 people, can still manage the 110,000 visitors it receives annually.

"We have several places in Europe . . . where [overtourism is] a very common subject in international press," says Gudrid Hojgaard, director of tourism for Visit Faroe Islands. "We're lucky enough to be quite late in tourism development so we can learn a lot from other destinations and what they have done wrong. This was our test to do a proactive development project."

Its "voluntourism" angle intends to prepare for the Faroes' tourism uptick. The islands have seen a 10% growth in visitors in recent years, with popular locations beginning to feel the effects.

The Faroe Islands will host 100 volunteer positions for the second Closed for Maintenance weekend. The first implementation brought in volunteers from 25 countries with an age range of 18 to 75 years old.

"What amazed me most about this project was the incredible energy that you get when you're working toward a common goal, even though these people were strangers to each other," says Hojgaard.

The sign-up page for the next round of volunteers on the Visit Faroe Islands website crashed because of high volume and will return Nov. 13 to resume taking requests. Although selected volunteers will have to pay their way to the Faroese countryside, they'll be given complimentary accommodations and food for three nights in exchange for their labor.

Maintenance projects will work to preserve and create infrastructure to better prepare for the islands' tourism influx, like building paths and installing signs to protect vulnerable nature. It's that nature, and the destination's remote geographic location between Iceland and Norway, that drives tourism there.

"Nowadays in our globalized world, more and more destinations are getting more and more alike," says Hojgaard. "We don't have any McDonald's, Starbucks. We don't sell Louis Vuitton. You really feel like you've come to a different place. And we try to keep it that way."

Projects like Closed for Maintenance may help preserve the natural wonder of the islands, but they're also good marketing moves. The Faroe Islands has a history of launching successful campaigns designed to gain international attention, like 2017's launch of "Sheep View," an emulation of Google Street View but with footage captured by cameras on the backs of sheep (the islands are home to some 80,000).

The Faroe Islands are hopeful that their proactive initiative will inspire a domino effect in other locations, too, encouraging other countries in a statement:

"The Faroese hope that their project will also inspire other countries to set up their own Maintenance Crews, encouraging visitors to help to redress the impact of tourism worldwide."

(Except for the headline, this story has not been edited by NDTV staff and is published from a syndicated feed.)
Comments
Faroe IslandsTourism