Red Roses May Be Passe This Valentine's Day: Survey 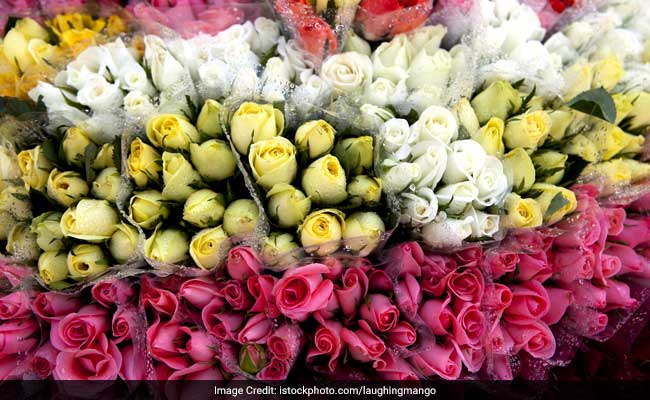 Washington: Hoping to get some long-stem red roses this Valentine's Day? You could be disappointed, as a new survey suggests that romantic partners may go for less traditional and more colourful arrangements this year.

A study of consumer search trends across top floral e-commerce sites in the US and found 'rose' searches comprised nearly 20 per cent of the total site searches but interest in red roses has waned, favouring an array of less traditional colours.

"SLI is seeing a colourful trend in Valentine's Day rose giving. When we looked at e-commerce search data among the top five rose colours in early February 2015 compared with early February 2017, we found interest in the most traditionally romantic colour 'red' declined 40 per cent," said Chris Brubaker, CMO SLI Systems.

"In 2015, pink was the second-most popular colour, and now it's not even in the top five," said Brubaker.

Red roses comprised of just 28 per cent of searches - a 45 per cent decline from 2015 - closely followed by white (21 per cent). Blue, rainbow and purple roses were the other sought after roses.

According to an annual Valentine's Day survey by the US National Retail Federation (NRF) consumers will spend an average USD 136.57 this Valentine's, down from last year's record-high USD 146.84.

Promoted
Listen to the latest songs, only on JioSaavn.com
Ninety per cent will give a Valentine's gift, averaging USD 85.21, to a significant other or spouse.

Nigeria Has 18.5 Million Children Out Of School, 60% Girls: UNICEF