Rapper T.I. Says He Checks Every Year If His Daughter's Hymen Is "Intact"

Deyjah Harris's annual trips to the gynecologist to "check her hymen" began after her 16th birthday, T.I. said. 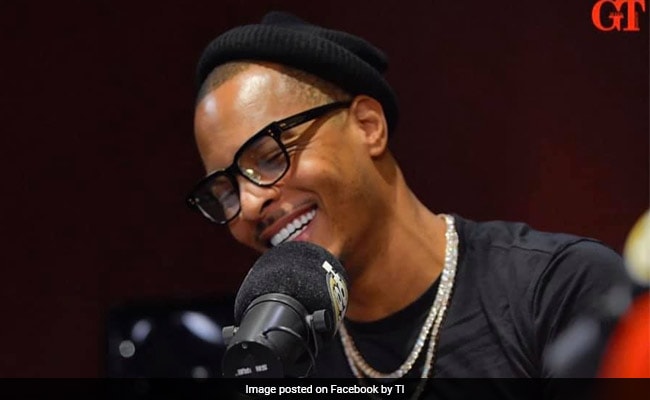 T.I. said his daughter's doctor requires him to sign a waiver allowing him to see the results

Rapper T.I. takes his teenage daughter to the gynecologist each year to check whether her hymen is "still intact," he said during a podcast released Tuesday.

T.I., whose real name is Clifford Joseph Harris, detailed aspects of the examination while appearing on the "Ladies Like Us" podcast with Nazanin Mandi and Nadia Moham. When the conversation turned to parenting and "the sex talk," the rapper invoked his 18-year-old daughter, Deyjah Harris, who he says just began her first year of college.

"Right after her birthday we celebrate, then usually like the day after the party, she's enjoying the gifts, I put a stick note on the door: 'Tomorrow. Gyno. 9:30,'" he said.

Deyjah Harris's annual trips to the gynecologist to "check her hymen" began after her 16th birthday, he said. Some people believe that the hymen, a thin membrane located at the opening of the vagina, remains intact until a woman has sex. This false indicator of virginity has been debunked by medical experts, and human rights organizations have called "virginity testing" both unnecessary and harmful for women.

Continuing his story, T.I. said his daughter's doctor requires him to sign a waiver allowing him to see the results of her examination.

"So we'll go and sit down and the doctor comes and talk, and the doctor's maintaining a high level of professionalism," T.I. said. "He's like, 'Well you know, sir, I have to, to share information' - I'm like, 'Deyjah, they want you to sign this so we can share information. Is there anything you would not want me to know? See, Doc? Ain't no problem.' "

Under the Health Insurance Portability and Accountability Act, also known as HIPAA, a doctor may discuss a patient's health status or treatment "if the patient agrees, or when given the opportunity, does not object."

The rapper indicated that his daughter's gynecologist also explained other ways a hymen can become stretched open, such as riding a bike, horseback riding or other physical activities.

Mandi and Moham laughed throughout the segment, and at one point, one of the hosts quipped "somebody check on Deyjah, she's a prisoner in her home." T.I.'s remarks went viral Wednesday as many expressed concern over the examination and controlling nature of his comments. Neither the rapper's nor Deyjah Harris's publicists returned emails from The Washington Post requesting comment, though BuzzFeed News observed that Deyjah Harris liked several tweets Wednesday criticizing her father, one of which labeled the situation "disgusting, possessive and controlling."

Responding to the story on Twitter, California OB/GYN Jen Gunter said it was "horrible" and provided an in-depth explanation of why the hymen is not a valid way to gauge a woman's virginity.

"The hymen is no virginity indicator, 50% of sexually active teens do not have a disrupted hymen," she wrote. "The hymen is often very flexible."

In 2018, several United Nations agencies, including the World Health Organization, UN Human Rights and UN Women, issued a global call to ban virginity testing altogether. They called the procedure, which has been documented in a least 20 countries, "medically unnecessary, and oftentimes painful, humiliating and traumatic."

Virginity testing, they said, is not only inhumane but has no scientific or clinical basis.

"The term 'virginity' is not a medical or scientific term. Rather, the concept of 'virginity' is a social, cultural and religious construct - one that reflects gender discrimination against women and girls," the World Health Organization wrote last year. "Performing this medically unnecessary and harmful test violates several human rights and ethical standards including the fundamental principle in medicine to 'do no harm'. WHO recommends that this test should not be performed under any circumstances."