Randolph Alles To Step Down As Head Of US Secret Service: White House

James M. Murray, a career member of the US Secret Service, to take over as director beginning in May. 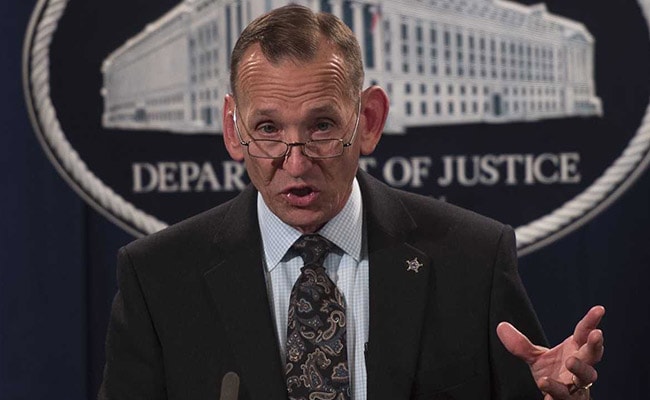 No reason was given for the sudden departure of former Marine general Randolph Alles.

The head of the US Secret Service, which guards President Donald Trump and visiting heads of state, is stepping down, the White House said Monday in the administration's latest sign of turbulence.

"United States Secret Service director Randolph 'Tex' Alles... will be leaving shortly and President Trump has selected James M. Murray, a career member of the USSS, to take over as director beginning in May," Trump spokeswoman Sarah Sanders said in a statement.

No reason was given for the sudden departure of former Marine general Alles.

There was speculation in the US media that he may have been axed in connection to an incident in March at Trump's golf club and weekend retreat in Florida, where an unauthorized woman got past security carrying Chinese passports and several electronic devices including a thumb drive allegedly found to contain malware.

But other reports said Alles could have lost his job due to some twist in the reportedly often heated internal political battles over White House staffing.

On Sunday, Trump announced via tweet the departure of Homeland Secretary Kirstjen Nielsen, who has spearheaded his controversial policies on trying to stop illegal immigrants and asylum seekers from entering the United States.

Trump said that US Customs and Border Protection Commissioner Kevin McAleenan will be acting secretary.

The Secret Service's main job is to provide security for the president and vice president and their families, as well as former presidents and visiting heads of state. It also coordinates the securing of buildings like the White House and foreign embassies.

A separate mission for the Secret Service focuses on fighting a range of financial crimes such as counterfeit currency and wire fraud.