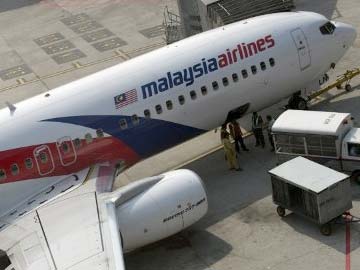 Sepang, Malaysia: Authorities in Malaysia acknowledged Wednesday that they detected radar signals showing what could be a missing airliner veering sharply off course and hundreds of miles away from its last known position but failed to disclose the data for four days even as they struggled to interpret it.

Officials said they had given the radar data to U.S. investigators who would assist in helping determine whether the radar blips were likely to have come from the Boeing 777.

"Today we are still not sure that it is the same aircraft," Hishammuddin Hussein, the country's defense minister, told reporters. "That is why we are searching in two areas."

Malaysian officials had previously said they had evidence that Malaysia Airlines Flight 370 had possibly attempted to "turn back," but they had not detailed the extent of military radar records until Wednesday. A Malaysian newspaper article on Tuesday had reported the existence of military radar data, but the air force had described that as "misreporting."

On Wednesday, the head of the air force, Gen. Rodzali Daud, said the radar blips, of which there were several, had disappeared from screens at 2:15 a.m., about 90 minutes after Flight 370 took off.

The last radar return was 200 miles northwest of the Malaysian island of Penang, Rodzali said, putting it into the eastern approaches of the Indian Ocean.

He said the data suggested the aircraft was flying at "flight level 295," which in aeronautical jargon translates as 29,500 feet.

The search continued on the eastern side of the Malaysian Peninsula on Wednesday, underlining the uncertainty over the disappearance. Two U.S. destroyers, the USS Kidd and the USS Pinckney, continued their patrols with ships from China, Malaysia and Vietnam, among other countries. With so many ships and aircraft on patrol in that confined area, U.S. helicopters were going over areas they had already searched.

"The Gulf of Thailand is pretty much saturated at this point," said Cmdr. William Marks, the spokesman for the U.S. 7th Fleet. "We're now going over the same areas."

As criticism has mounted of the Malaysian authorities' inability to find any trace of the jet, the officials have repeatedly insisted that they were doing their best to solve the mystery of the flight, with scarce data and almost no precedent. Yet the government and the airline have also released imprecise, incomplete and sometimes inaccurate information, with civilian officials sometimes contradicting military leaders.

On Tuesday, three days after the plane disappeared while on an overnight flight to Beijing, Rodzali was quoted in a Malaysian newspaper as saying the military received signals on Saturday that after the aircraft stopped communicating with ground controllers, it turned from heading northeast to heading west. The plane also lowered its altitude and flew hundreds of miles across Malaysia and out over the Strait of Malacca before the tracking went blank, the newspaper said.

The air force chief did not say what kind of signals the military had tracked. But his remarks raised questions about whether the military had noticed the plane as it flew across the country, and about when it informed civilian authorities.

According to the general's account, the aircraft was near Pulau Perak, an island more than 100 miles off the western shore of the Malaysian Peninsula, when the last sign of it was recorded.

As anger and confusion mounted, Rodzali issued a statement late Tuesday denying some details of the newspaper account, but he also said that the air force was analyzing possibilities of the missing jet's flight path and that "it would not be appropriate" to reach conclusions.

In Washington, the director of the Central Intelligence Agency, John O. Brennan, said Tuesday that the CIA, the FBI and the Transportation Security Administration were all trying to learn more about the plane's disappearance.

"Our Malaysian counterparts are doing everything they can to try to put together the pieces here, but clearly there's still a mystery, which is very disturbing," Brennan said in remarks at the Council on Foreign Relations.

Promoted
Listen to the latest songs, only on JioSaavn.com
Asked about terrorism as a potential cause, he said: "I wouldn't rule it out. Not at all."