"Horrible! It's only sprung on leather. Not very comfortable," the 91-year-old said of the Gold State Coach, which has been used at the coronation of every British monarch since George IV's in 1821. 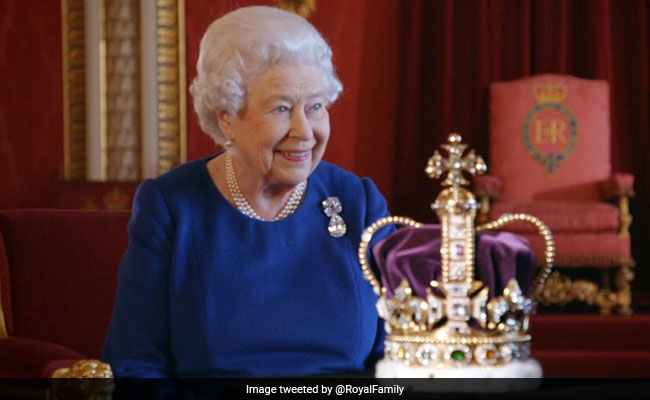 The Queen shares her memories of her 1953 Coronation in a documentary film.

London, United Kingdom: Queen Elizabeth II is heard complaining about the comfort of the horse-drawn carriage used for her coronation, in a rare appearance in a BBC television documentary, according to extracts released on Monday.

"Horrible! It's only sprung on leather. Not very comfortable," the 91-year-old said of the Gold State Coach, which has been used at the coronation of every British monarch since George IV's in 1821.

The richly gilded coach was built in the 18th century and has been used by the queen on other state occasions such as her Golden Jubilee of 2002.

In the documentary she also discusses the Crown Jewels used at coronations, saying in a trailer for the film: "There are some disadvantages to the crowns. But otherwise they're quite important things."

The documentary entitled "The Coronation" focuses on the historic date of June 2, 1953 when the queen was crowned following the death of her father George VI.

Queen Elizabeth is the world's oldest head of state and Britain's longest ever reigning monarch.

"I've seen one coronation and been recipient in the other, which is pretty remarkable," she said in the trailer, adding: "It's sort of, I suppose, the beginning of one's life really, as a sovereign."

But her sense of humour appears to falter when viewing a piece of archival footage from her coronation showing her children Prince Charles and Princess Anne playing with her royal robe.

They were aged four and two at the time.

Promoted
Listen to the latest songs, only on JioSaavn.com
Presenter Alastair Bruce is heard saying: "Such fun for the children!" -- to which the queen quickly replies: "Not what they're meant to do."

(Except for the headline, this story has not been edited by NDTV staff and is published from a syndicated feed.)
Comments
Queen Elizabeth 2Coronation