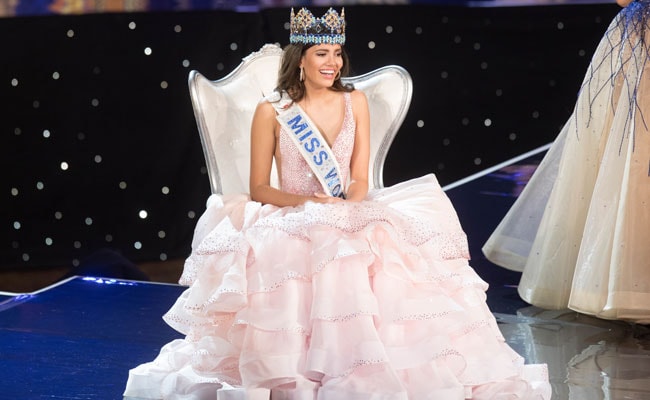 Stephanie Del Valle from Puerto Rico is a 19-year-old student who speaks English, Spanish and French.

Stephanie Del Valle of Puerto Rico was adjudged the winner of the 66th edition of the prestigious Miss World pageant held at National Harbour near US capital Washington DC.

She defeated the runners-up Yaritza Miguelina Reyes Ramirez of the Dominican Republic, while Indonesia's Natasha Mannuela secured the third place. Contestants from Kenya and Philippines rounded up the top five.

Ms Del Valle, who said it was an "honour and a great responsibility" to represent her nation, was crowned by the 2015 Miss World, Meria Laluguna of Spain.

The 19-year-old brown-eyed brunette, who desires to get into the entertainment industry, speaks English, French and Spanish.

Contestants from over a 100 nations participated in the Miss World 2016 pageant, which was embroiled in controversy as Miss Canada, Chinese-born Anastasia Lin, was reportedly warned by officials for speaking to the press about human rights violations in China.