Sharif, 67, stepped down after a Supreme Court bench disqualified him on July 28 from continuing in his office for dishonesty in the Panama Papers scandal. 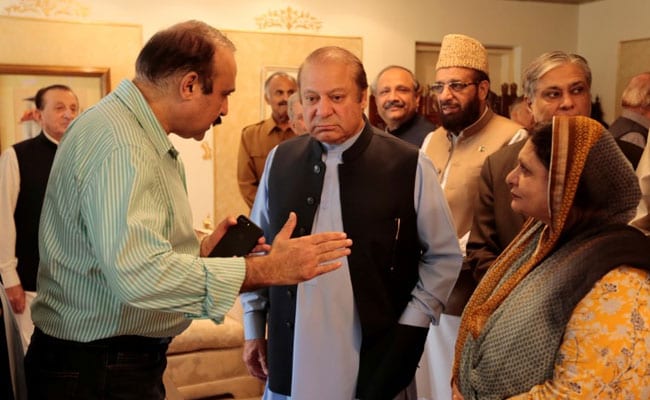 Nawaz Sharif stepped down as Pak PM after a Supreme Court bench disqualified him.

Sharif, 67, stepped down after a Supreme Court bench disqualified him on July 28 from continuing in his office for dishonesty in the Panama Papers scandal and ruled that corruption cases be filed against him and his children.

The Accountability Court, which is hearing the corruption cases against the Sharif family, today summoned Sharif, his daughter Maryam and son-in-law capt (retd) Safdar to appear before it on September 26.

The National Accountability Bureau (NAB) displayed the summons and property attachment notices on the Sharifs' residence in Raiwind.

Promoted
Listen to the latest songs, only on JioSaavn.com
Sharif along with his children is in London to see his ailing wife Kulsoom.

There are speculations that the Sharif family may not return to face the NAB corruption cases. The ruling PML-N, however, insisted that Sharif would return once his wife's health improves. "We have written to the State Bank of Pakistan (SBP) and commercial banks requesting them that since Sharif and his children and son-in-law Safdar are facing the NAB references, their bank accounts may be cautioned," a NAB official told news agency PTI today.