The closure of Libya's "oil crescent" will cause the country's daily crude production to plunge from 1.3 million barrels to 500,000 barrels and cause losses of $55 million a day, the firm warned. 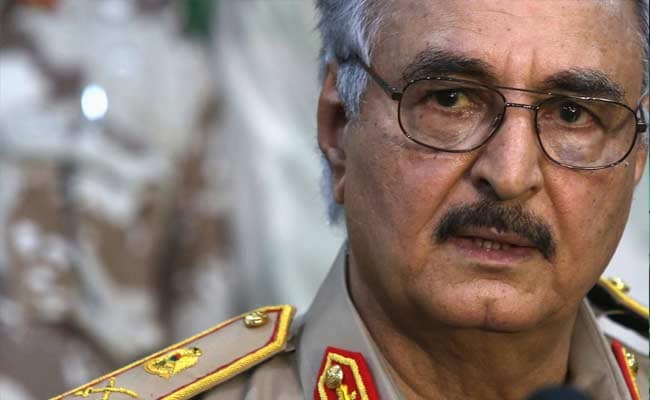 The closure of Libya's "oil crescent" will cause the country's daily crude production to plunge from 1.3 million barrels to 500,000 barrels and cause losses of $55 million a day, the firm warned.

The string of export hubs along Libya's northeastern coast has been controlled by Haftar -- who is at war with the UN-recognised Government of National Accord (GNA) -- since 2016.

A group close to Haftar had called for a blockade of the export terminals to protest a Turkish intervention against the strongman, who dominates eastern Libya.

Turkey has backed the Tripoli-based GNA, which is battling an offensive by Haftar's forces to seize the capital.

After months of combat, which has killed more than 2,000 people, a ceasefire took effect on January 12 backed by both Ankara and Moscow, which is accused of supporting Haftar.

Haftar and GNA head Fayez al-Sarraj are expected to join the leaders of Russia, Turkey and France at a summit in Berlin on Sunday aimed at bringing peace to Libya.

The oil-rich North African state has been in turmoil since a 2011 NATO-backed uprising that overthrew and killed dictator Moamer Kadhafi.

Its oil sector, which brings in almost all of state revenues, has been the target of frequent attacks.

The NOC declared "force majeure" in response to the blockade -- a legal measure which exempts the corporation from responsibility for failure to fulfil contracts.

A spokesman for the pro-Haftar forces, Ahmad al-Mismari, had said on Friday that the blockade was "purely a popular decision. It is the people who decided this."

But NOC chairman Moustafa Sanalla warned that it would have "far-reaching" consequences.

"The oil and the oil facilities belong to the Libyan people. They are not cards to be played to solve political matters," he said.