Flight MH370 disappeared en route from Kuala Lumpur to Beijing in March 2014 with 239 people, mostly Chinese, on board. 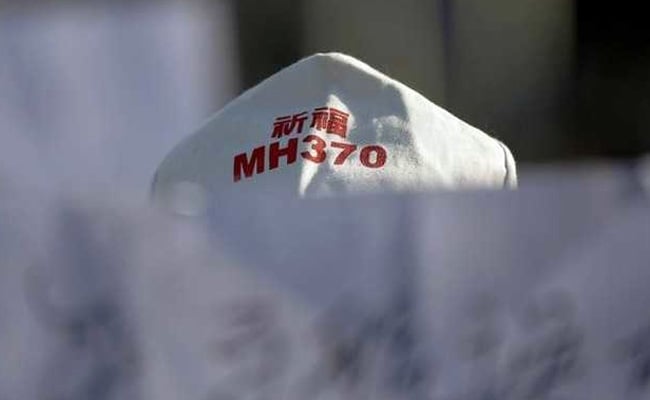 Debris has been collected from Indian Ocean islands and Africa's east coast. (Reuters)

SYDNEY/KUALA LUMPUR: A US based company has begun searching for Malaysia Airlines Flight MH370, Malaysia said on Tuesday, as it tries to solve one of the world's greatest aviation mysteries.

Flight MH370 disappeared en route from Kuala Lumpur to Beijing in March 2014 with 239 people, mostly Chinese, on board.

Investigators believe someone may have deliberately switched off MH370's transponder before diverting it over the Indian Ocean. Debris has been collected from Indian Ocean islands and Africa's east coast and at least three pieces have been confirmed as coming from the missing plane.

Australia, China and Malaysia ended a fruitless A$200-million ($159.38 million) search of a 120,000 sq km area in January last year, despite investigators urging the search be extended to a 25,000 sq km area further to the north.

Malaysia agreed earlier this month to pay US firm Ocean Infinity up to $70 million if it finds the plane within 90 days. The search vessel, the Seabed Constructor, set off from Durban, South Africa, on Jan. 3.

Ocean Infinity's vessel carries eight "autonomous underwater vehicles", or submersible craft, that will scour the seabed with scanning equipment for information to be sent back for analysis.

The Seabed Constructor began its search on Monday, Malaysia's Department of Civil Aviation said in a statement.

Reuters shipping data shows the vessel reached the search zone on Sunday and on Tuesday was tracking towards a spot that Australia's scientific agency believes with "unprecedented precision and certainty" is the most likely location of the aircraft.

The eight submersibles can search a wide area of sea floor much faster than the tethered scanners used in previous searches, Charitha Pattiaratchi, professor of coastal oceanography at the University of Western Australia, told Reuters by phone from Colombo.

"If they don't find anything in the 90 days ... I think that would be the end for decades - this is like the final effort, if you like," he said.

Promoted
Listen to the latest songs, only on JioSaavn.com
The Seabed Constructor could complete the search within three or four weeks, covering up to 60,000 sq km in 90 days, or four times faster than earlier efforts, Ocean Infinity Chief Executive Oliver Plunkett told Reuters this month.
© Thomson Reuters 2018

(This story has not been edited by NDTV staff and is auto-generated from a syndicated feed.)
Comments
MH370Malaysia Airlines Flight