Prince Harry, Meghan's Possible Move To Canada Can Be Costly For Taxpayers

The Canadian government would likely have a legal obligation to provide them with security because of their royal status, security experts said. 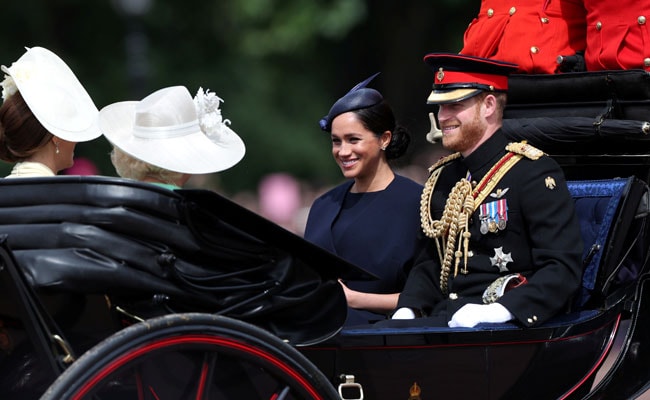 Prince Harry, his wife Meghan have announced they will step back from senior roles in the royal family.

Canadian taxpayers could be on the hook for millions of dollars a year in security expenses if Britain's Prince Harry and his wife Meghan move there, even part time, as they step away from their royal duties, security experts said.

The couple, formally known as the Duke and Duchess of Sussex, stunned Queen Elizabeth and the rest of the royal family this week by saying they plan to spend much of their time in North America. While the pair have not said where in North America they planned to reside, many observers pointed to Canada as a logical choice.

The couple spent the last six weeks of 2019 in that nation, part of the British Commonwealth of countries that have the queen as their head of state.

The Canadian government would likely have a legal obligation to provide them with security because of their royal status, security experts said.

"I don't believe they can refuse the government of Canada's security," said Larry Busch, an ex-Royal Canadian Mounted Police (RCMP) officer who directed security for world leaders including US presidents and the royal family.

The cost could easily run into the millions of dollars, said Mike Zimet, whose eponymous New York executive security firm has protected clients including US Senator Bernie Sanders and actors Lin-Manuel Miranda and Alec Baldwin. "If they want private protection, then a whole machine needs to be built around them," he said.

The level of security they need would be defined by a threat assessment, said Joe Balz, president of GloProSec Preventative Services, a Toronto-based security company, and an ex-RCMP officer who has worked with the royal family and other heads of state in the past.

"There's always going to be the odd idiot who causes some type of problem," Balz said, adding that they would be safer in Canada than in the United States, where gun laws are much laxer.

Prince Harry and Meghan have said gaining financial autonomy is a key goal, but declined to say whether this extends to the cost of security, stating that their security detail is mandated by the British Home Office. They also would need to worry about kidnapping of their son, Archie, said Zimet, who called that threat a "major situation, especially when it comes to terrorists.

(Except for the headline, this story has not been edited by NDTV staff and is published from a syndicated feed.)
Comments
Prince HarryMeghanCanada