Speaking on the second day of a week-long meeting in London, Theresa May addressed a wide range of humanitarian and environmental issues. 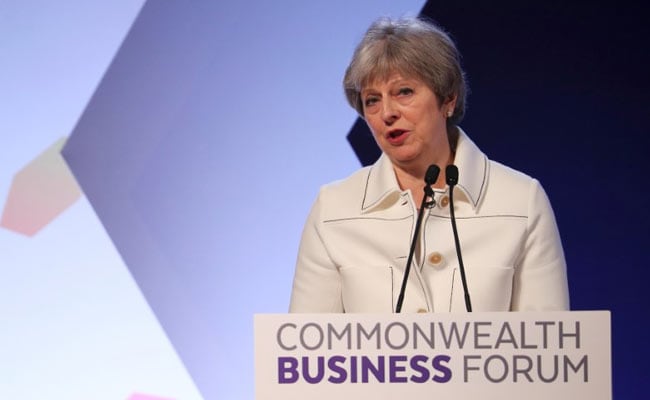 London: Prime Minister Theresa May said on Tuesday she regretted Britain's role in anti-gay legislation across its former colonies, seeking to address criticism of the Commonwealth at its gathering in London.

May is looking to reinvigorate the Commonwealth, a 53-country network of mostly former colonies, as Britain seeks new post-Brexit ways to project its influence in the world and establish a role as a leader of free trade.

Speaking on the second day of a week-long meeting in London, May addressed a wide range of humanitarian and environmental issues, including laws which outlaw same-sex activity in 37 of its 53 member nations.

"I am all too aware that these laws were often put in place by my own country. They were wrong then and they are wrong now," May said.

"As the United Kingdom's Prime Minister I deeply regret both the fact that such laws were introduced and the legacy of discrimination, violence and even death that persists today."

London's hosting of the summit has also been clouded by an official admission that the British government had treated migrants who arrived from Caribbean countries more than 50 years ago in an "appalling" way by incorrectly identifying them as illegal immigrants.

Speaking alongside May, Jamaican Prime Minister Andrew Holness drew loud cheers from the audience as he urged May to speedily respond to the issue.

"It is only fair," he said. "It will lead to security, certainly for those who have been affected, and it is the kind of inclusive prosperity for which we stand as Commonwealth peoples."

May herself apologised over the harsh treatment of the so-called "Windrush generation," whose parents were invited to Britain to plug labour shortfalls after World War Two, later to be caught up in a tightening of immigration rules overseen by May in 2012 when she was interior minister.

Although there is no Commonwealth free trade bloc and member states buy less than 10 percent of Britain's exports, ministers in London see the group and its 2.4 billion residents as an important part of their post-Brexit strategy.

Commonwealth membership stretches from large developed economies like Australia and Canada to tiny island states like Nauru in the Pacific. On Thursday, leaders of almost all states will convene for talks on the future of the network, looking to agree trade, environmental and developmental goals.

The government is lobbying for Prince Charles to succeed his mother, Queen Elizabeth, as head of the organisation, despite reported unrest at that prospect among other members. The issue is expected to be discussed on Friday.

"I want this to be the summit where the Commonwealth agrees to make that the goal for all our members - and begins to put in place the concrete measures that will allow it to become a reality," she said.

May spoke alongside Microsoft co-founder and philanthropist Bill Gates, also touching on the need to reduce malaria deaths, saying around 90 percent of Commonwealth citizens live in countries where the disease is endemic.

She urged fellow leaders to target a halving of malaria rates by 2023.
© Thomson Reuters 2018

(Except for the headline, this story has not been edited by NDTV staff and is published from a syndicated feed.)
Comments
Prime Minister Theresa MayAnti-gay lawsAnti-Gay Legislation